A representative of Eurocom has popped up on the Notebook Review forum claiming the upcoming Z390 chipset will support both the current 8th Gen Intel Coffee Lake CPUs as well as a future 9th Gen octacore chip.

The Intel Z390 chipset is expected to arrive towards the end of this year, and alongside it we’re were always anticipating a new eight-core processor to accompany it, but the posts by the Eurocom rep suggests Intel will try and introduce this octacore CPU as a 9th Gen chip. The posts have now been deleted, but you can see screenshots of the messages here.

The references come as part of a discussion about the Eurcom Sky X4C, a Z370-based noteboook rocking desktop Coffee Lake processors. The rep is saying Eurocom are planning to update the model to include both the Z390 chipset and Nvidia 20-series GPUs, and rename it to Ice X4 in early 2019.

Yes, 20-series, not 11-series. But who knows what Nvidia are going to do at this point? Maybe not even Jen-Hsun. 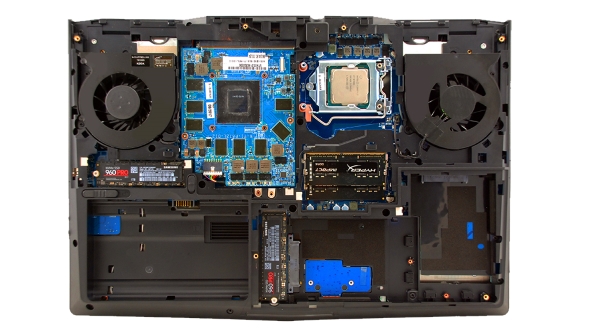 With the Z390 board inside it, the Ice X4 will then be compatible with the 8th Gen six-core and 9th Gen eight-core Intel chips.

You can kinda see why the posts got deleted. I doubt Eurocom representatives are meant to be speaking so openly about plans for the future, though this isn’t the first time they’ve been chatting about octacore Z390 plans.

From the naming scheme of the Eurocom laptop (I use that term loosely, stick one of those on your lap and you’ll break your knees) it seems to suggest the 9th Gen cores will be the future Intel Ice Lake generation. Which is kind of welcome news, having two generations of Intel processor being cross compatible on the same motherboards would be lovely.

But for the Z390 to be in any way relevant it needs to land at the same time as a new eight-core Intel CPU, and that would mean we’d see an Ice Lake Core i7 9700K arriving around September/October this year on the 14nm++++ lithography. Or maybe as a Core i9…