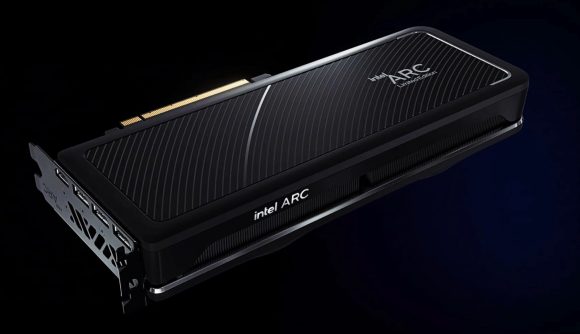 The Intel Arc Alchemist GPU launch has been a bumpy and confusing road, littered with delays and paper launches of gaming laptops. Now, it appears that team blue is finally gearing up to release graphics cards bound for gaming PCs.

According to sources close to WCCFTech, we’ll be able to slot an Intel Arc Alchemist GPU into our systems between the end of May and early June. It will apparently be a staggered launch of three graphics cards, with the mid-range A750 and A580 arriving first and the entry-level A380 scheduled to “tentatively” release in July.

We’ll seemingly have to wait a while longer before Intel drops its best graphics card from its Alchemist lineup, which might not show up until late Summer. However, the impending release of Nvidia RTX 4000 and AMD RDNA 3 pixel pushers could leave team blue’s flagship dead on arrival.