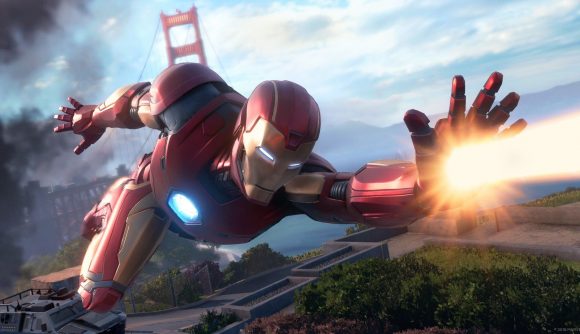 Yes, you read that right: ‘Avengers Edition’. You know, that rag-tag bunch of floaty, zoomy, hulky superheroes? Apparently they have something to do with Intel processors – or at least, you’d assume so given that Vietnamese retailers are now listing Avengers Edition Core i9 10900K and 10850K CPUs.

Twitter techies Tum Apisak and momomo posted links to the Core i9 10900K and 10850K Avengers Editions, respectively. These special edition CPUs are listed on two Vietnamese retail sites (HanoiComputer and KCCshop) and show a pixelated processor box image with the Avengers plastered on the front.

This shouldn’t be so surprising for those who keep their ear to the ground, because last year Intel partnered with Square Enix and Crystal Dynamics for the PC game Marvel’s Avengers. This action adventure game is fast approaching, with its release date set for September 4, the pre-order Avengers PC beta set for August 14, and the open beta set for August 21.

Although Intel has told PCGamesN it has nothing to announce at this time regarding any retail partnerships, it did tell us the following: “As you know, Intel announced an exclusive CPU partnership with Crystal Dynamics and Square Enix to deliver the best PC version for Marvel’s Avengers, with its original story made in collaboration with Marvel Entertainment. Working with Intel as the exclusive CPU partner, the new Marvel’s Avengers game has been optimised to run on Intel Core processors to deliver a richer, more immersive gameplay experience.”

These Avengers Edition CPUs are very likely the product of a partnered promotion for the upcoming game – but Intel has not officially announced this.

Momomo also tweeted a picture of four Intel Core ‘KA’-series CPUs, the Core i5 10600KA, Core i7 10700KA, Core i9 10850KA, and Core i9 10900KA, these being called “special editions”. The ‘A’ is implied to stand for ‘Avengers’, and there’s no indication that these special editions will feature different specs to the standard ones – it looks like they’ll simply be wrapped in limited edition Avengers packaging.

The Intel Core i9 10900K is currently the fastest gaming CPU by our reckoning, generating frame rates unparalleled in the consumer market. The Core i9 10850K has only recently been launched, and is essentially a cheaper 10900K, with only a 100MHz lower base and boost clock.

They’re great high-end choices for gaming, providing you can get your hands on one. If you’re an Avengers fan and are waiting for the new Square Enix game to sit on your desktop, and if you’re in the market for a new CPU, perhaps these special Avengers Edition CPUs will be something to look out for.