Intel has been helping the International Olympic Committee understand what this whole esports thing is, with a potential view to it becoming a recognised Olympic sport. Given the continued growth of esports as a spectator event, and the level of skill and dedication necessary to be counted as a top player, there have been regular calls for esports to be given the Olympic treatment.

As recently as October 2017 the International Olympic Committee (IOC) held a summit at which it agreed in principle that esports could actually be considered a sporting activity, so long as it was one which did not infringe on what it calls “Olympic values.”

The three core values of Olympism (it’s a word, promise) are generally held as being excellence, respect, and friendship. So long as esports players don’t get in the way of those laudable values then there could be a place for them at the Olympics in the future. Although despite helping educate the IOC on esports, and sponsoring many teams and tournaments over the years, Intel says it doesn’t actually have a specific view on whether it should or shouldn’t be considered for the Olympics. Weird.

“We don’t have a view on whether it should be [included] or not,” says Intel UK gaming and esports lead, Scott Gillingham, “but we’re totally open and have been talking to the Olympics to let them understand what esports is and what potential there could be for it, but ultimately it is down to Olympic Committee on whether they decide to bring it on.”

Above board: These are the best gaming keyboards around

The Tech Digest report goes on to point out that the organisers for the Paris 2024 OIympics have also held talks about getting esports included in the next games, with a specific view to making Paris a European esports hub.

The better question is: do esports fans even care if its classes as a sport (clue: we dont) and do we want it in the Olympics (we don't).

But what games should be included in an Olympic esports event? Can a game ever be classed as a sport, and do esports pros even want it to become recognised by the official Olympics Committee? Industry veteran, Paul Chaloner, doesn’t think so.

For our part we’ve spoken with F1 and McLaren representatives who have also been part of panels and discussions with the IOC, and they’re convinced that F1 esports is perfect for the Olympics because no other game “is closer to reality than motorsport.” 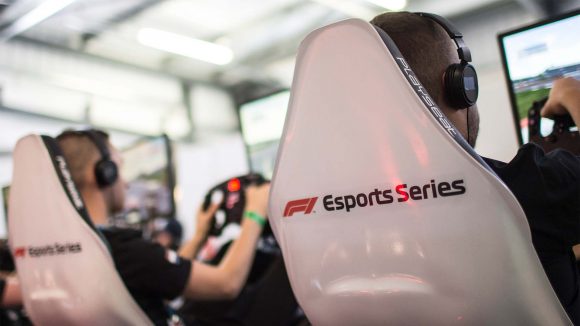 G-force aside, the drivers are still putting in the same level of effort and showing the same level of skill as their real-world counterparts. Though motorsports have never been part of the Olympics in the past Formula 1 thinks “it’s certainly a possible long term goal.”

Join in the conversation about Olympic esports by commenting on either the Facebook or Twitter posts for this article.