Avengers assemble! That’s the cry that’s been hollered up and down the mean streets of silicon valley over the last 18 months as Intel has been putting together a team of engineers designed to take on AMD and Nvidia and become a meaningful third player in the graphics card market, with the Intel Xe GPU.

Intel already has a strong foothold in graphics, there are more Steam users running Intel HD 4000 graphics than AMD RX 580s after all. It’s also only just behind AMD in terms of percentage share of the Steam GPU market, with a 10.21% share vs AMD’s 14.9%. For reference Nvidia has 74.75% of the market, leaving 0.14% as other… maybe some homebrew GPU built from parts bought at a vast Chinese tech supermarket.

But all Intel’s current GPUs are of the weak-sauce integrated variety. Tiny slivers of silicon slapped onto CPUs to allow them to display spreadsheets, Powerpoint presentations, and pr0n when dropped into office machines and workaday laptops. What Intel really wants is some of that big fat juicy discrete graphics card pie, the same pie that’s also offering some serious financial frosting from the growing demands of AI and machine learning.

And to that end Intel has gathered the great and the good from erstwhile employers AMD and Nvidia. From engineers to product managers to a lot of marketing people, it’s quickly become clear that Intel is not just messing around this time and is genuinely making a play for the discrete graphics card market.

But it’s not the first time Intel has tried to nail the graphics card market, it’s had a go many times before. The one that sticks in the mind is the abortive Larrabee project, a name that’s become synonymous with Intel failure… well, that and Netburst. FYI, if you utter either codename walking the halls of Intel’s Santa Clara HQ you will burst into flames.

That’s the sort of handy advice the raft of new Intel employees will need as they begin their respective tenures at the big blue chipmaker, taking it into a new era of discrete graphics cards for gamers, enthusiasts, creators, and professionals alike.

So who’s made the move to Intel? Let’s take a look at all the movers and shakers shifting over to Intel to help push the company in a new graphical direction. 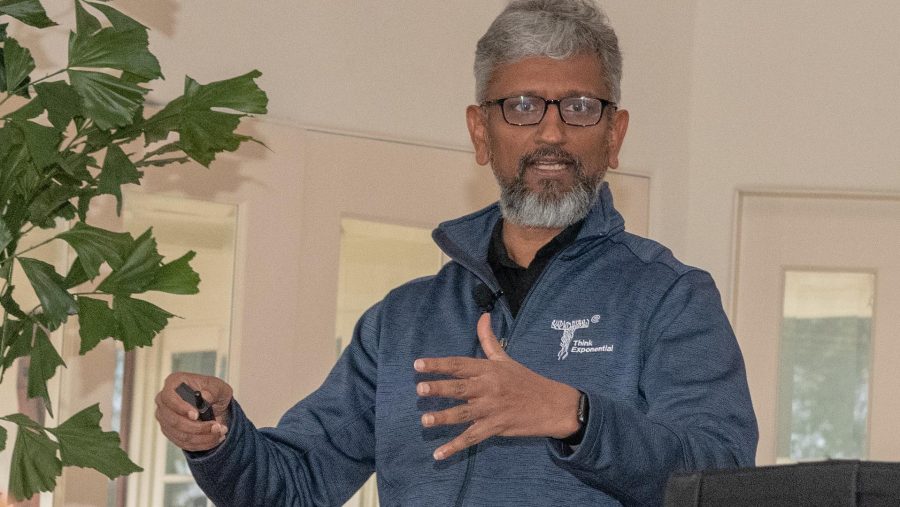 Raja Koduri, ex-SVP and chief architect, AMD
At the end of 2017 Raja Koduri left AMD just as the fallout from the initial RX Vega launch was starting to subside, and made the move over to its arch rivals. After initially citing a need to “pursue my passion beyond hardware and explore driving broader solutions,” something persuaded him to pursue his passion back into hardware as Intel’s chief architect and svp of the Core and Visual Computing group.

Jim Keller, ex-lead architect, AMD
Exactly a year ago Jim Keller joined Intel as senior vice president, leading the company’s silicon engineering efforts. There’s a good chance that will include something to do with the graphics side given his purview includes system-on-chip development – someone’s going to have to get the Intel Xe GPU strapped onto a CPU… He may also be working on the successor to the Core architecture too.

Chris Hook, ex-marketing director, AMD
Around the same time as Keller switched to Intel, long-time AMD marketing bod, Hook, made the same move. Chris Hook now leads the marketing for Intel’s visual technologies and discrete graphics. That’s going to be some job, some might call it an Odyssey…

Antal Tungler, ex-senior manager global tech marketing, AMD
In September of last year Tungler switched from his marketing role within the Radeon Technologies Group (RTG) to become director of software product experience at Intel. You’ve got to believe that’s going to have something to do with making the driver team more consumer focused in preparation for regular graphics driver releases. 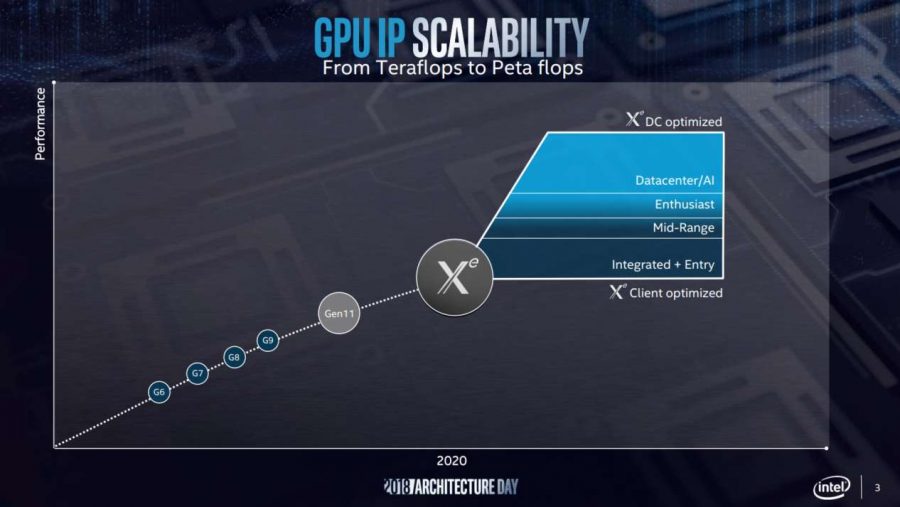 Daren McPhee, ex-director product marketing, AMD
A month later in October and Intel goes plumbing the AMD executive well once more, bringing in McPhee for its discrete GPU team. To be fair McPhee had been away from AMD for three years, so it’s not as direct a poaching as some of the other Intel hires have been. Again we’re looking at another marketing guru, and he’s in place as director of product marketing for discrete GPU.

Ryan Shrout, ex-editor-in-chief, PC Perspective
In the same month PC Perspective’s founder, Shrout, announced that he was making the move from independent analyst to corporate… something. His title is chief performance strategist, a role that requires him to “drive performance leadership across Intel’s product portfolio.” He’s a smart cookie, and close to the tech community, so a good person to at least help steer Intel away from obviously stupid decisions.

Jon Carvill, ex-dir. technology communications, Facebook
Likely working very closely with Ryan Shrout will be industry veteran Jon Carvill, who took up the role of vice president of marketing for technology leadership in November last year, joining the company for a second tour of duty. His most recent position was at Facebook, but Carvill made his name working at AMD, ATI, GlobalFoundries, Qualcomm, and Intel too.

Devon Nekechuk, ex-snr manager product management, AMD
Intel’s hires on the GPU side haven’t slowed as we’ve moved into 2019, with just around a year until the first Intel Xe graphics card is scheduled to arrive. Nekechuk was with AMD for over ten years until he left the company for Intel in February. At Intel he is now graphics product director, responsible for the broad range of products the company is hoping to branch out from its Intel Xe GPU.

Kyle Bennett, ex-editor-in-chief, HardOCP
Another former editor, this time from HardOCP, Bennett joined Intel at the beginning of April as director for Intel’s technology leadership marketing group. His focus is, according to him to help “Intel get back in touch with this audience and re-establishing a voice and dialog on where the company is going with its future technologies.” 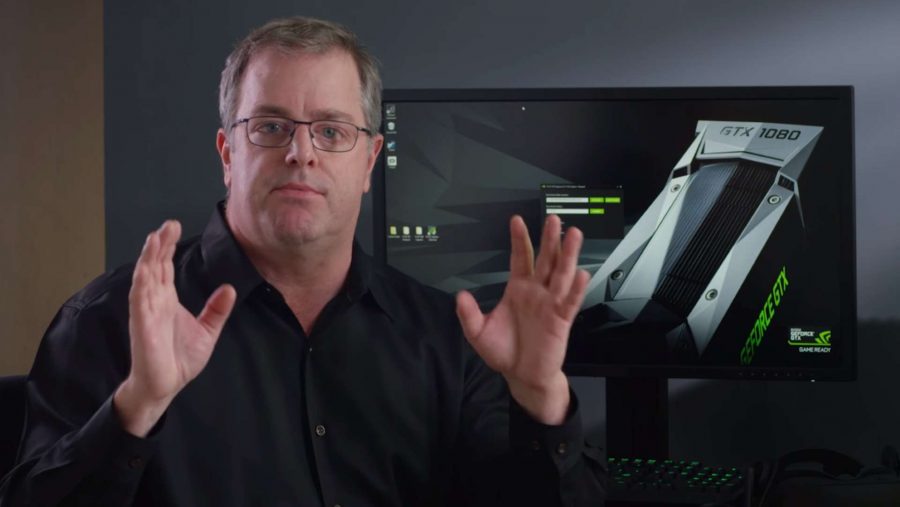 Thomas A. Petersen, ex- technical marketing director, Nvidia
After Raja leaving AMD, the biggest surprise on this list, at least for me, is Tom ‘TAP’ Petersen leaving Nvidia and moving to Intel. He was one of the most visible and engaging people on the Nvidia marketing team, always ready to explain complex subjects to morons like me. He joins Intel as a Fellow, as well as architecture, graphics, and software director for advanced graphics experience engineering solutions. And as such has the best title.

Heather Lennon, ex-manager global marketing, AMD
Lennon spent nearly eight years at AMD as manager of global marketing and communications specifically for the RTG, before switching to Intel in April just after Petersen announced his intentions. Lennon has joined as digital marketing manager for the graphics group, and highlights just how important Intel considers the online branding of its upcoming products.

Mark Walton, ex-creative director, Future Publishing
Walton is another hugely experienced journalist, spending almost nine years at GameSpot before moving onto Ars Technica, Wired, and a cross-product role at Future Publishing. Again, he’s another hire in the Technology Leadership team as the EMEA PR manager, and another person vying for the ‘nicest guy in tech’ title.

There are likely some who have slipped under our radar, sneaking into the Intel GPU skunkworks, like some executive ninjas, but these are our pick of the most important hires Intel has made in its pursuit of graphical leadership. The source of a great many of the hires is AMD, which is both a headache for the red team and maybe a little bit of a compliment too. But seeing someone leave Nvidia is a maybe more of a surprise, and potentially hints that Intel might have something impressive up its sleeve.

But the scope of the recruitment drive does give us some idea about what Intel sees as its major challenges as it moves into the world of discrete graphics. It’s obviously confident about the actual underlying technology. It’s first hires in this round were Koduri and Keller, both key engineering giants there to get the tech in place, after that it’s practically all about marketing and making sure that Intel is catering to its new audience (as well as its existing one) and that as many people as possible can hear all about it.

Maybe that’s the proportional makeup of Intel’s graphics group – 15% engineering and 85% product and marketing. After all, there are still a hell of a lot of people out there that need convincing the Intel Xe GPU can genuinely compete with the graphics cards of Nvidia and AMD.