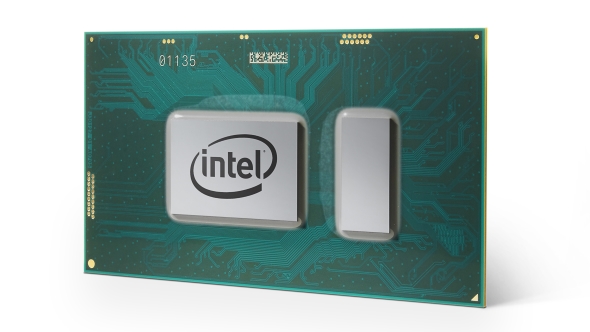 The Intel 8th Gen Core family has now been officially unveiled, less than a year after the rather forgettable Kaby something range of processors. ‘But where is Coffee Lake?’ I pretend to hear you cry. There is no lake of coffee, at least not yet. All Intel are willing to talk about today are a set of slightly refreshed Kaby Lake chips for ultrabooks.

This is the fun of the mixed architectural shenanigans we’re going to have to put up with from Intel for the foreseeable future. The 8th Gen Core series has launched today, but only with a smattering of low-power U-series processors for the super-thin laptop crowd, and only on paper, too – actual devices with the new chips inside them won’t arrive until later in September.

To be fair, they do look like genuinely impressive slices of diminutive silicon. The 15W 8th Gen cores are full system-on-a-chip designs, so have all the motherboard chipset goodness baked into them, and Intel have doubled their core counts. The previous U-series chips, for the two-in-one and super-thin ultrabook devices, were HyperThreaded dual-cores, but the new CPUs have a full four cores inside them.

That doesn’t mean they’ve disabled HyperThreading for this run either; the new U-series processors are all going to have four-core / eight-thread configurations. Even the Core i5 chips – which is kinda weird, but very welcome. The traditional i7/i5 technical separations aren’t happening here.

That all helps them deliver a 40% generational performance uplift over their 7th Gen counterparts, with Intel claiming a 25% boost from adding the extra silicon alone, with the rest coming from a mix of design and manufacturing optimisations. Those optimisations are different enough from standard Kaby Lake CPUs to make them “8th Gen-worthy,” as Intel says, but they’re still denoted as using the same 14nm+ production process.

I can pretty much guarantee Intel will claim they always meant to update their low-power chips in such a manner, but the cynic in me, the one that can see AMD’s Raven Ridge popping its head up just over the horizon, thinks there might be a little more to it than that. AMD’s Ryzen/Vega-powered APU has the potential to be a mighty mobile processor – especially if they can get the power draw down – so it’s not surprising to see Intel trying to get a preemptive strike in first, turning the tables and upping the thread-count themselves.

Well, they’re potentially getting in first. We still don’t know the release date for any Raven Ridge laptops, but despite today kinda being a processor launch, you still won’t see any 8th Gen devices until September. AMD have still got a chance to get in early. 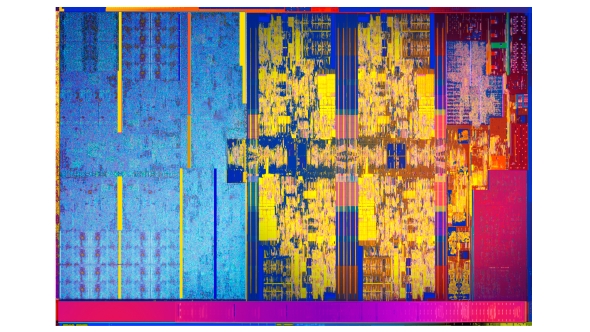 So yeah, back to your original question, imaginary voices in my head, where is Coffee Lake? Well, this is where things get really frustrating, not just for us but for the poor marketing person having to deal with the barrage of desktop Coffee Lake questions they had to endure at the end of last week’s 8th Gen press briefing.

“We’re not talking about desktop today.”

“We’ll talk about that closer to launch.”

“I believe I already mentioned we’re not talking about desktop parts.”

“Would you, please, hold the goddamn Coffee Lake questions. Please!”

Coffee Lake is still coming, and there have been a fair few leaks prior to today’s mobile announcement, but we’re not going to see desktop 8th Gen variants until autumn. Those are the interesting chips when it comes to the desktop lineup, but these new ultra low-power processors are evidence of Intel having to up their game in the face of increased competition.

Intel could have easily stuck with HyperThreaded dual-core at the heart of their U-series range and no-one would have batted an eyelid. But the fact they’ve gone and doubled the core count across the board shows they might really putting some effort into this new line. Even if there is no new architecture coming into play in the vanguard of the 8th Gen Core.

While it might be initially disappointing having Kaby Lake still lurking around in the 8th Gen, we will get some Coffee Lake silicon and, eventually, Cannonlake in this latest generation. That right there’s a trifecta of CPU architectures going into this new range, and that means three different transistor lithographies. With Kaby Lake we get the 14nm+, Coffee Lake brings with it 14nm++ and Cannonlake will deliver our first taste of the late-to-market 10nm production process.

Things are about to get seriously complicated in CPU land… and it’s going to take some effort figuring out which transistor lithography, or processor architecture, is lying behind those obfuscating numerical names.