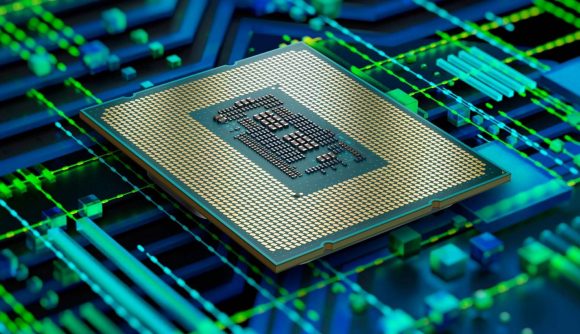 Intel Alder Lake CPUs have been around for just over a month, but the 12th gen chips are already a hit with gaming PC and computing enthusiasts alike. As a result, sales figures belonging to Germany’s biggest tech retailer, MindFactory, back up the Californian company’s success, but AMD still occupies more space within the market.

According to Reddit post by Ingebor (via Wccftech), Intel’s German market share now sits above 30%, largely thanks to the company’s Alder Lake lineup launch and discounted 10th and 11th gen chips. While this means AMD still dominates with a 70% share, the blue team’s increase in sales still counts as a success, especially since the company struggled to shift more than 5,000 units before its 12th gen product launch.

In terms of Intel specifically, Alder Lake contributed to 37% of overall sales, while Rocket Lake equates for 34%, and Rocket Lake tying things off with 28%. As for AMD, Vermeer Ryzen 5000 CPUs account for 68% of products sold, while its Cezanne and Matisse architectures contributed a modest 15 and 14%.

It’s needless to say that things are looking up for Intel, but its path to the CPU throne won’t be a walk in the park. AMD’s continued hold over the processor market gives it a significant head start, and its upcoming Zen 3+ and Zen 4 chips could keep the crown in its grasp. That said, the blue team is definitely in with a chance, and unannounced products like its i3 Alder Lake lineup could help the company cover a lot of entry-level ground.