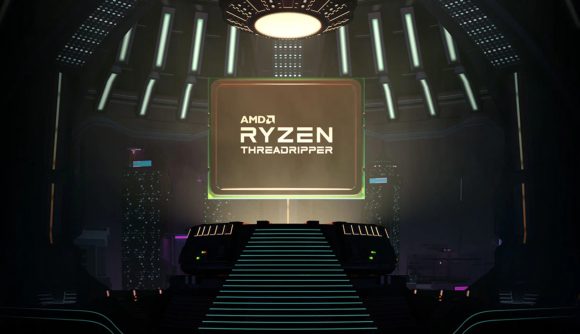 AMD’s Ryzen processors have continued to impress with each new iteration of the Zen architecture, with the latest Zen 3 Ryzen 5000 chips placing among the best gaming CPUs available on the market today. The company’s Threadripper products have also seen AMD enjoy success in the server and production-based markets. However, hardware leaker Greymon55 believes that we may be waiting a while longer for Ryzen Threadripper 5000 components based on the Zen 3 architecture.

The company is keeping any news on upcoming HEDT processors, codenamed ‘Chagall’, close to its chest. We expected news on Ryzen Threadripper 5000 CPUs back in January with rumours pointing to a November release date, however that never came to pass. Now, it appears they might be released in 2022 instead.

It’s likely that the ongoing chip shortage has contributed to AMD’s decision to postpone the launch of Ryzen Threadripper 5000 CPUs but the company’s president and CEO, Lisa Su, believes that supply availability will improve in 2022. If true, this should hopefully make sticking to the rumoured 2022 release dates of AMD’s RDNA3 GPUs and Zen 4 CPUs much easier.