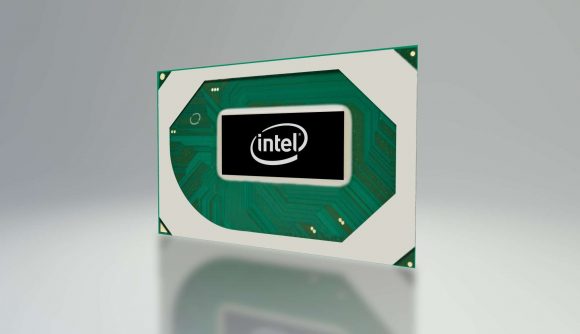 Intel has announced a refreshed roadmap to its investors, promising 10nm Ice Lake this year, Tiger Lake in 2020, and confirmed 14nm silicon is sticking around until 2021… but that is also when it will introduce its first 7nm parts. And, interestingly enough, the first 7nm product spawned of the Intel skunkworks will be a general purpose GPU based on the Xe graphics architecture.

Now, before you start panicking that Intel Xe has been delayed, the plan to get a discrete GPU out of the door in 2020 is still there as far as we know, but it is now committed to having the architecture hit 7nm the following year.

Intel also introduced Tiger Lake, hitting the streets in 2020, which will be a new CPU architecture, and the first to incorporate the Xe GPU components in the package too. Before that, however, we have Ice Lake to contend with starting in June, just after Computex. This is Intel’s first real 10nm generation, but is only likely to be seen in laptops, at least this year.

Top chips: these are the best CPUs for gaming today

That’s quite an info dump from the big blue chip manufacturing machine, and the team went into some extra detail about the different nodes. It also introduced some more numbers into the equation to really screw with our heads… 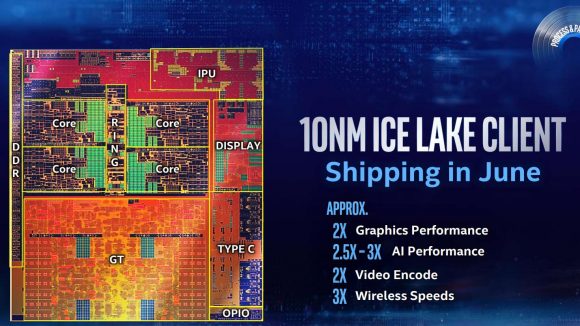 The 14nm process, and all its derivative nodes, came under the process 1272 umbrella, while the upcoming 10nm nodes will be denoted as 1274, and the following 7nm processes will be called 1276. Note that we’re talking about multiple node derivatives here, as Intel has laid out a roadmap which shows 10nm, 10nm+, and 10nm++ dropping every year from this to 2021.

You can also see by the slide below that Intel’s 14nm node, process 1272, is carrying on through the stack all the way through to 2021, as had been predicted. It’s possible this is where a lot of desktop CPUs might live for the foreseeable, while we wait for the 10nm process to catch up in performance terms now that it’s nailing efficiency.

Murthy Renduchintala, Intel’s chief engineering officer, delivered the presentation, also noting that with its 7nm process will be its first to start introducing its own version of mixed node chiplets – in a similar vein to AMD’s 14nm/7nm mix with the Ryzen 3000 CPUs. That will help speed up the adoption of a new process node, which might also explain why 2021 is the inflection point where Intel finally ditches 14nm.

Renduchintala also explained that 7nm will represent the first commercial use of extreme ultraviolet lithography (EUV) helping to drive down the cost and the scaling of the different nodes. 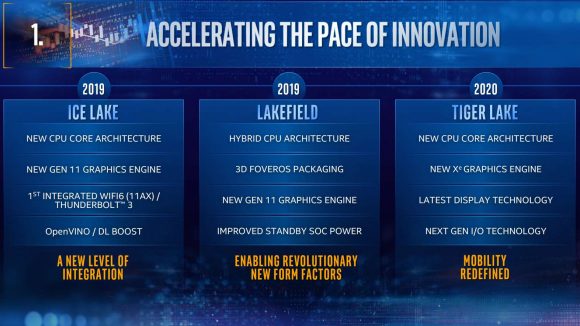 Intel’s GM of its client group, Gregory Bryant, then took the reins to announce the plans for Ice Lake, the introduction of Lakefield chips – those wee CPUs using the Foveros packaging process – and announce Tiger Lake launching in 2020.

And with Lakefield arriving this year, that means we should be getting some wee Project Athena devices appearing at Computex this year. It’s shaping up to by quite a show in Taipei…