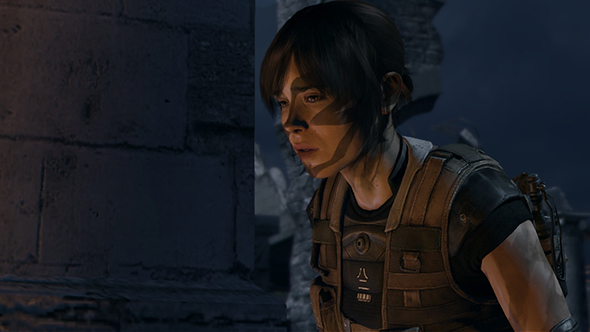 Quantic Dream’s games are best known as the home for what David Cage likes to call art, but it takes far more to make a game than a single director. Now a number of former Quantic Dream developers – and others from across Sony – are starting a new studio under Heavy Rain and Beyond: Two Souls lead game designer, Caroline Marchal.

Unlike Quantic Dream, I’m pulling for Interior Night not to make the hall of shame on our list of the “best” sex games on PC.

Marchal will serve as creative director for Interior Night, and will be working to expand the currently small team to about 20 people over the course of the next year. There are no plans for expansion beyond that, as Marchal tells GamesIndustry.biz she wants to “keep the studio lean and agile.”

Interior Night will have similar aims to Quantic Dream, looking to deliver “innovative and accessible narrative games.” The idea is to bring in television fans who might otherwise not be invested in interactive stories, in part by appealing to them through the gaming devices others in a household might have. “Most households have a PC, some have a console, but not everyone in the house is a gamer or uses these devices to play,” says Marchal. “Many people use their console to watch Netflix or Amazon on their TV. That said, mobile devices are also interesting and we do have plans for them in the future, but we primarily focus on the big screens.”

While the developers have plenty of experience in AAA development, the studio will be focused on smaller projects with shorter development cycles. Interior Night will be located in White City, London.

“Video games engage their audience in a different and sometimes super personal way,” says Marchal. “This presents opportunities to address complex topics like real-world issues differently. In the right context, this can be truly empowering and insightful for the audience.”