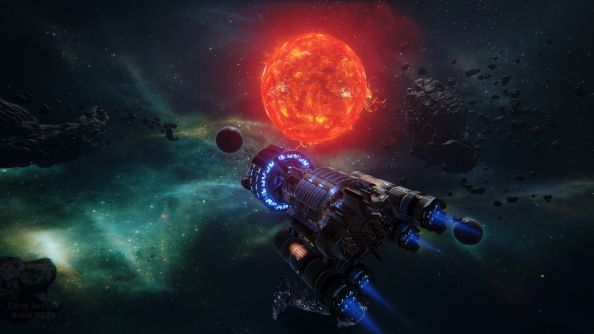 Star doesn’t really cut it. It doesn’t matter which of the many celestial bodies scattered about Fugitive Games’ universe you’re taking in – once you’ve seen it, it becomes the sun. The star, with the definite article. Rendered in full-sugar orange and swathed in solar flares, each one looks fit to burst.

“It looks awesome, right?,” breathes Fugitive director and former DICE lead Ben Jones, admiring the handiwork of former DICE level artist Alden Filion. “One thing we would love to add is, when you get in the vicinity of the sun [and] you’re coming into the atmosphere, the front of your ship is taking a ton of heat deflection and everything else. It’s little stuff, but I think all of that adds up.”

The problem lies in picking which little stuff to add next. Since we last talked, Fugitive have fired their vast, 3D space sim into Steam Early Access and been enveloped by endless feedback. 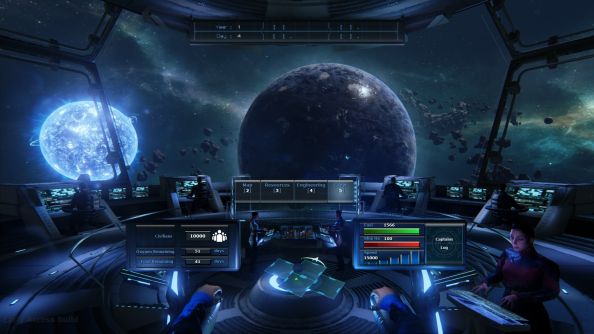 “It’s everything we thought it would be and more,” Jones divulges. “It’s a crazy process.”

The Santa Monica-based team of four are balancing their time between long-held plans for the game and community requests – the calls for controller support and “super-widescreen, three monitor support”.

The idea for Into the Stars – the pitch that saw it Kickstarted and Greenlit in such short order – was to smuggle FTL past Elite’s station scanners. Players manage the systems and police the population of their humongous Ark ship from the bridge, then switch seamlessly to third person to pick through a solar system fraught with mystery and danger. 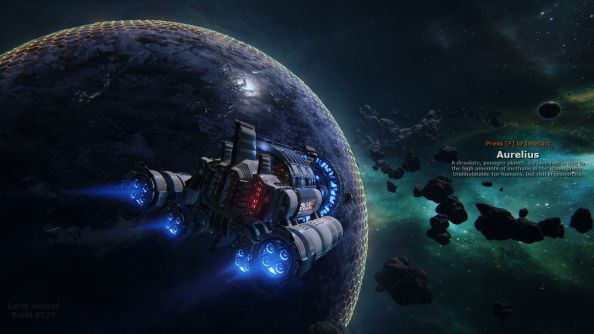 The thing is, some of the game’s early adopters are very keen for Fugitive to stick rigidly to its most famous reference points.

“There are a lot of people that want this game to just be FTL in 3D,” says Jones. “We all love FTL, but playing that again just in 3D? We want to give you a different experience, a different narrative. Different choices and responsibilities.”

Fugitive’s solar system is a gigantic space-quilt, assembled from numerous smaller areas that are streamed in and stitched together using the open world tech of Unreal Engine 4. With that “baseline” set up, they’re now looking at new and exciting ways to fill the world. 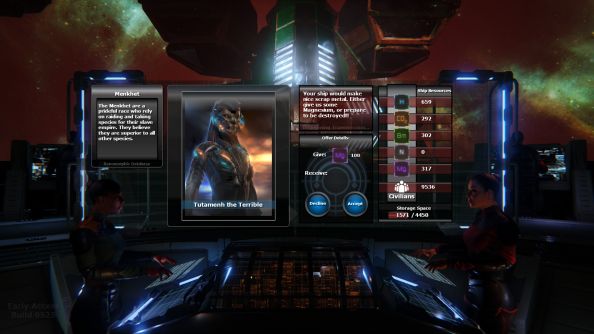 “It’s a good amount of stuff but it’s a really big world,” explains Jones. “So now our goal is to take a lot of those aspects and really blow it out so you’re encountering that stuff more often and getting a much wider variety.”

The studio want players to be able to bump into a cool interaction once every couple of minutes. They’ll populate areas as densely as they think makes sense, before handing them over to the community and making adjustments where necessary.

Jones has plans for emergent events: battles between alien races, perhaps, whose calls for assistance you can choose to heed or not. And he’s keen to expand on Into the Star’s catalogue of derelict ships – alien wrecks players can search for resources or hints at the game’s untold backstory.

At the moment, plot is confined to a brief opening summary offered alongside the game’s controls. 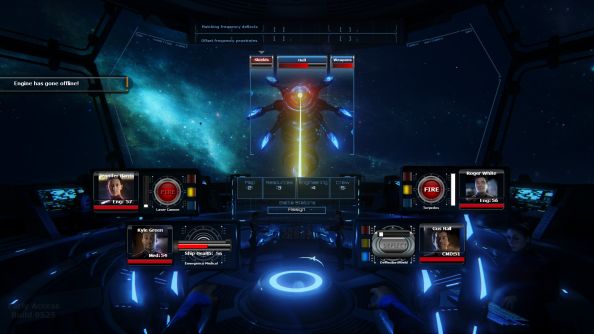 “We’ve always planned to spend some time on that in Early Access, both at the beginning and end of the game,” says Jones. “Really focusing on storytelling.

Space shootouts, too – a matter of micromanagement in which the player matches the frequency of their ship’s shields to that of incoming shots – are something Fugitive have more ambitious plans for.

“We really want to put a lot of energy into combat, make that more engaging, give players more options, potentially new weapons, ways to attack the enemy,” suggests Jones. “Making it more dynamic, more visual effects. We really want to bring that experience to life.”

The first Steam players had found fights terribly confusing – but the systems are now broken down via tooltips, and the threat levels of the game’s earliest areas have been re-tuned. 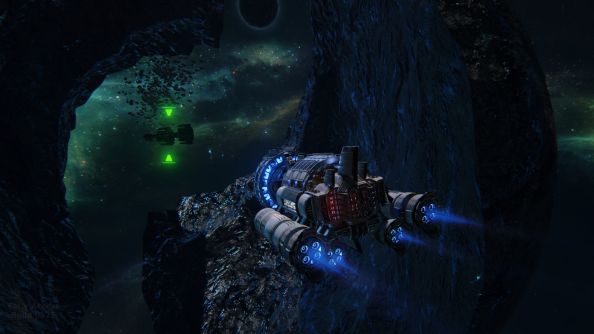 “In the initial sectors of the game, we’re giving players a lot more time before they’re attacked,” says Jones. “You’re steering your ship, you don’t necessarily know where to go right away. We want to give players a little more direction and also the time to figure things out.”

Finally, the team want to educate first-time players on the ultimate objective of Into the Stars. You are, after all, the captain. Swapping from your bridge camera to the view outside might give you a sense of the 10,000 dependent people on-board, but many are largely oblivious until they finish a playthrough and are graded on the number of civvies left alive.

Beyond that, there’s hope that the on-ship population might start to go up as well as down. Fugitive are planning to make time for one community request around their revitalised UI, crash fixes and emergent battles: birthing events.

“That’s pretty cool,” enthuses Jones. “We can probably do that pretty easily.”

Into the Stars is available on Steam Early Access. Unreal Engine 4 development is now free.

In this sponsored series, we’re looking at how game developers are taking advantage of Unreal Engine 4 to create a new generation of PC games. With thanks to Epic Games and Fugitive Games.