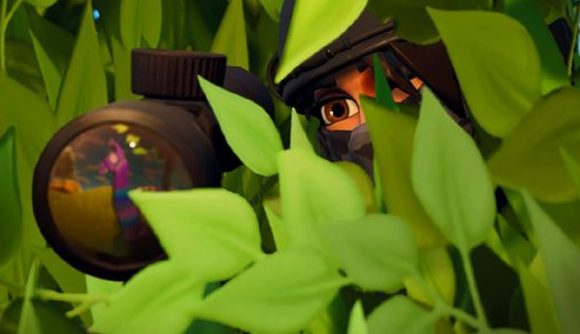 The CEO of Epic Games has responded to accusations that the Epic Games store contains spyware. Early this morning, Tim Sweeney commented on a report by USGamer covering the allegations, asking people to “help separate facts and opinions from the lies about spyware and foreign control.”

Sweeney opened his brief Twitter thread (the first post of which is embedded further down this article) by saying “I support everyone’s right to complain about tech industry stuff. Epic’s store, with exclusive games and a spartan feature set, is a fine target for ire.” He then attempted to provide more context around the relationship between Epic and one of its main partners, Tencent.

Concerns over the Epic Games store’s use of data surfaced in recent weeks. Last month, a post appeared on the Phoenix Point subreddit expressing concerns about the amount of data the store appeared to be tracking (although those claims were later debunked by a separate forum post). Other allegations suggested that Epic was pulling data on people’s Steam friends lists and play history. Epic responded to those claims stating that the information collected about Steam was far more limited than initially suggested.

Epic’s relationship with Chinese publisher Tencent, which owns a 40% share in the company, appears to have stoked fears about this data collection. That relationship forms a major part of Sweeney’s Twitter thread, in which he confirms that he is still the “controlling shareholder in Epic Games,” and that Tencent is the largest outside shareholder.

I support everyone’s right to complain about tech industry stuff. Epic’s store, with exclusive games and a spartan feature set, is a fine target for ire. But please help separate facts and opinions from the lies about spyware and foreign control.https://t.co/UrNisiFxy6

Sweeney goes on to say that no outside investors “can dictate decisions to Epic” or “have access to Epic customer data.” He also notes that the companies’ relationship dates back to the early 2000s, during which time Tencent, still in its infancy, visited Epic – many of the company’s co-founders were fans of Unreal Tournament in the late ‘90s.

Sweeney closes his thread by saying that “all of Epic’s big decisions are made here in the USA and as CEO I’m 100% responsible for all of them.” He also says that he’s “never regretted” the relationship between the companies, and that “the recent anti-China rage doesn’t change that even slightly, as [it’s] completely unfounded.”

In response to Sweeney’s thread, former Valve developer Richard Geldreich said that claims that the Epic store is spyware are “insane.” He also says that Valve gathers “huge amounts of data about virtually everything you do with the Steam client. Yet no one calls Steam spyware.”

Related: Borderlands games are getting review-bombed because of the Epic store

Both Epic and Borderlands developer Gearbox have come under fire recently after it was revealed that Borderlands 3 would be an Epic Games store exclusive for six months after its release in September. In response to complaints about that decision, Gearbox CEO Randy Pitchford attempted to make clear that those decisions were made by publisher 2K, not him or his developers. Epic has stated it will continue seeking exclusivity deals for now, and over the past few months has announced a handful of notable releases that will be timed exclusives on its store.