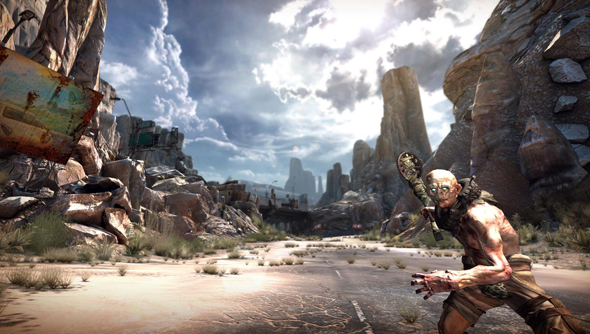 “So I actually think that the pictures being made in modern games are really pretty damn good and, in many ways, more than adequate for what we’re doing in the gaming entertainment side,” id’s founder John Carmack told the audience at Nvidia’s Montreal conference. “We can always make things better and we will make things better, they’re going to continue to improve over all these different axes, but my personal belief is that it’s time to start pushing forward on these higher frame-rate, lower latency things.”

His interest in low latency has been most pronounced in his recent shift to working on the Oculus Rift virtual reality headset. The technology requires as low a latency as possible for players to become immersed in a game. Any lag between their actions and the screen updating will reduce their connection to a game. But Carmack’s been working to lower latency and boost frame-rates for years.

We found a fair few stories come out of Nvidia’s Montreal Conference. There was Carmack’s thoughts on SteamOS and the industry’s overreliance on APIs. But Eurogamer’s John Linneman transcribed the key conversation topics discussed in the conference’s Q&A section. There’s huge amounts in the full six-page transcript but this discussion of future graphics technology aiming for low latency over spectacle is particularly fascinating.

“I fought the crusade for 60fps locked frame-rate on the last generation and there are a lot of significant sacrifices that get made along the way,” Carmack says, referring to id’s long development of Rage. “There were constant battles of “we can’t do that particle effect here” and “we can’t have more creatures there”. The game would have been better if you could just say, alright, 90 per cent of it is 60fps but 10 per cent is going to be awesome and be a little bit lower frame-rate but we didn’t really have that option because dropping down to the stuttering mess of going [from] 60 to 30 is a cliff you fall off of and we weren’t willing to do that.

“Rage did suffer in some ways by not having those extremes moments and not having the things where we just think, let the frame-rate drop and probably, the game unquestionably would have been a richer experience if we were able to support some of those but I thought that was a slippery slope – we let those go in some place and all of the sudden we won’t have the smooth frame-rate everywhere because those will be showing up everything. There are tough judgement calls to be made with anything like that but it will be nice if nobody has to fight through those same battles to do that. You can make the decision that you want a super-smooth game and not have to be quite so dictatorial and decisive about the things that get cut to hit that because the raster is a very harsh taskmaster there and you always have to hit it and this is clearly a better way for things to happen.”

Returning to his new love, Carmack emphasised the need for steady 60fps games in VR: “Dropping a frame in VR is like a kick in the head, it’s a bad thing. You really want to be at 60fps and you really notice much more so than when you’re looking at a screen when you miss it but you also really notice tear lines. I mean, a tear line in VR just ruins the experience there.”

Carmack believes Nvidia’s new G-sync technology will do wonders for eliminating screen tear: “Every little stutter winds up being very distracting to the experience but the other side of things that’s important, a year ago I really had no concept that this sort of persistence is also huge and that’s the thing that I know [Nvidia’s] not really touting it for G-Sync but that’s the other leg of the G-Sync technology: the 120Hz low persistence display and it is really important. Right now there isn’t much content that will take advantage of it but being able to bridge the way up there with the variable content as we work out what we can do with merging the two of them between 90 and 120 that’s going to be a whole other quality level that, as people push it up, they’ll get this, not only do they get this general virtue of higher frame-rates and smoother stuff but that the low persistence stuff will start kicking in and that’s an added benefit that really almost nobody here has really seen what that’s like but it is that much better.”

You can watch the whole Q&A with John Carmack in this video. As well as Carmack, Epic’s Tim Sweeney and DICE’s Johan Andersson are on the panel: