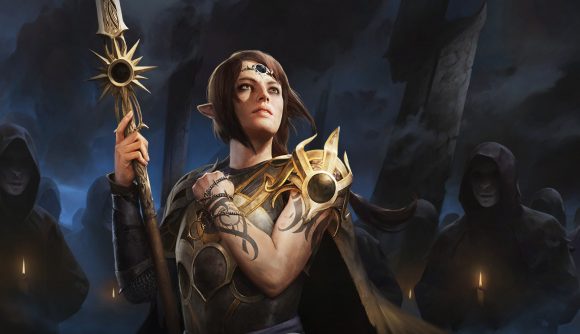 The writer behind the John Wick movie series as well as the VR game John Wick: Chronicles has got a series based on Dungeons & Dragons in the works.

As reported by The Hollywood Reporter, Derek Kolstad, who wrote on all three of the John Wick action thriller flicks, will be developing and writing a pitch for a series based on the tabletop RPG games universe. According to the site, the series will be live-action – though details beyond this are pretty sparse for the time being. Variety reports that the series is expected to capture “crucial aspects” of the D&D franchise, but it’s not clear how this will play out in action.

It seems this isn’t the only D&D adaptation in the pipeline, either. Not only is there a live-action Dungeons & Dragons feature film in the casting stages of production from Paramount and eOne (toy and board game company Hasbro’s filmed entertainment studio), but THR reports the latter company is working with several different writers to craft “various projects” set in the tabletop game’s fantasy universe.

Dungeons & Dragons was created way back in 1974 and since then has expanded enormously, gaining a major following along the way. It’s been a significant influence on the some of the best fantasy PC games over the years, with titles such as Neverwinter, Neverwinter Nights, Baldur’s Gate 3, and a raft of others inspired by or set in its universe.

Derek Kolstad, the creator and writer behind the John Wick franchise, has been tapped to pen and develop a pitch for a live-action series based on the Dungeons & Dragons universehttps://t.co/jxhT6YWccB

There’s no news on when we can expect details of Kolstad’s D&D series to emerge just yet, but hopefully we’ll get to find out more in the not-too-distant future. In the meantime, check out our rundown of some of the best D&D games to have landed on our home platform over time.