I don't know how, but somehow – somehow – developer Chaosforge has managed to make a turn-based tactical roguelike that feels like Doom. Sure, the art style, setting, and music are easy enough to bring across genres, but the pace, the sheer energy? That should be completely impossible to replicate in a turn-based tactical game, but here I am strafing between pillars on some space station, blasting demons into cherry-red chunks with a shotgun.

It all starts with a simple, informal turn structure. Jupiter Hell is paused whenever you're not acting, but every time you do something – whether that's moving, using a medkit, firing, or reloading – the enemies do something too. If you want to, you can just keep taking actions and Jupiter Hell will play out like an isometric action-shooter. Alternatively, you can take a slow and steady approach, hunkering down behind cover and carefully plotting out every move like you're deliberating over a 99% hit chance in XCOM.

Both approaches are technically viable, but Jupiter Hell mimics Doom's sense of momentum by making the transition between those two modes totally seamless. You don't have to wait around for animations to play out, and you'll only have to dip into your inventory every now and then – Jupiter Hell is about as close to the reactive, high-octane arena shootouts of Doom as a turn-based game can conceivably get. As anyone who's played Superhot can attest, a game's time responding to your actions does not automatically make it feel as slow or controllable as you might assume.

There’s a cover system, but it only offers a very slim defensive bonus, and Jupiter Hell’s procedurally generated maps tend to flood you with enemies from all directions, so it’s rare that you can ever rely on the same piece of cover for the duration of a firefight. Your best bet is to keep moving, shifting between cover and letting zombified soldiers and imps chase you into the open, where you can easily mow them down. Even in the first few levels there are rooms where you find yourself so heavily outnumbered that you’re forced to dive blindly into the next one, and if you find more demons here – which you probably will – then just like Doom Guy you’ve got to rip and tear your way outta there. 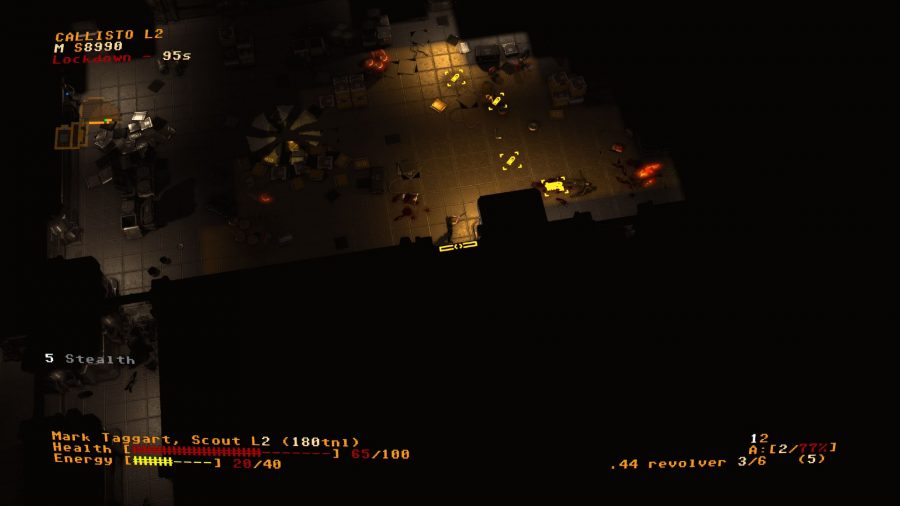 Amid all this chaos and bloodshed it’s easy to forget you’re even taking turns, but occasionally you’re faced with a make-or-break moment where having time to agonise over your next move is crucial.

Jupiter Hell takes no prisoners. This is a roguelike as well as a turn-based strategy game, so when you die it’s game over. You can pick between three classes at the start, each with their own passive and active skills, a unique way of generating said skills, and a set of class-specific traits that you can unlock over the course of a run. The Marine, for example, is all about being as aggressive as possible. This class powers up its active skill by getting kills, and that active skill offers a temporary defensive buff, converts a portion of your pain modifier to health, and heals you a little on top of that. The Technician is a little more evasive, generating power by killing mechanical enemies, which it can then spend to deploy a smokescreen that breaks line of sight.

As you clear levels you’ll pick up XP, which you can invest in traits and late-run master traits, which help you further shape your build. The Marine can work towards traits like – and I beg your pardon for this – Angry Motherfucker, which buffs your damage output the more injured you are; or Rip and Tear, which causes melee kills to recharge your active skill more quickly. 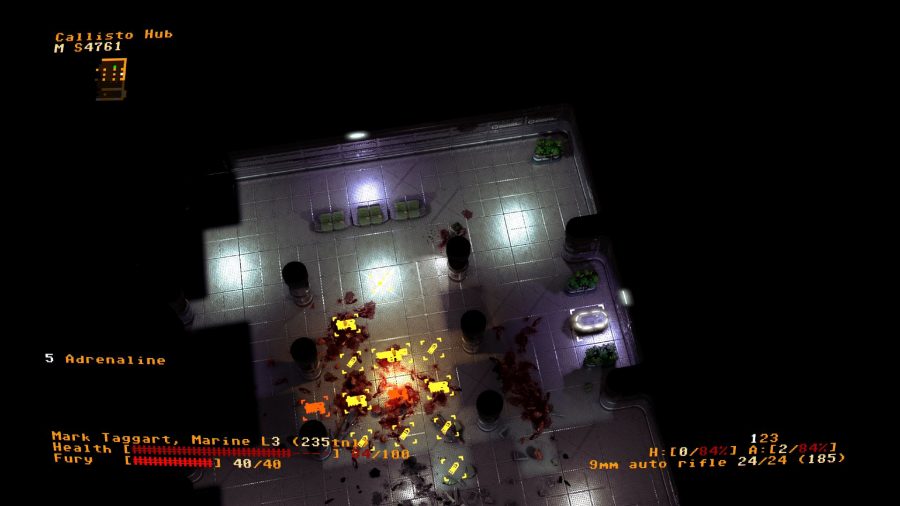 There are some surprisingly wild builds that you can spin out of these traits. One of my most successful runs was with a melee-focused Marine who generated enough power with each kill to keep my active skill in near-constant use. I’ve tried dual SMG builds that utilise movement-based traits, creating a John Wick-like character who’s simultaneously impossible to hit and capable of dishing out plenty of punishment so long as I never stop moving.

It takes a little time for this potential to reveal itself, especially as Jupiter Hell routinely handed me my posterior before I was able to unlock enough traits for a cohesive build, but after gaining the necessary competence it’s blossomed into a seriously robust roguelike, with appeal beyond those immediate Doom comparisons.

Jupiter Hell is set to leave Early Access today, and you can check it out on Steam here. Don’t forget that you can play Doom and Doom Eternal with Game Pass on PC, and if all this turn-based chatter isn’t for you then we’ve got a list of the best FPS games on PC to soothe your bloodlust.