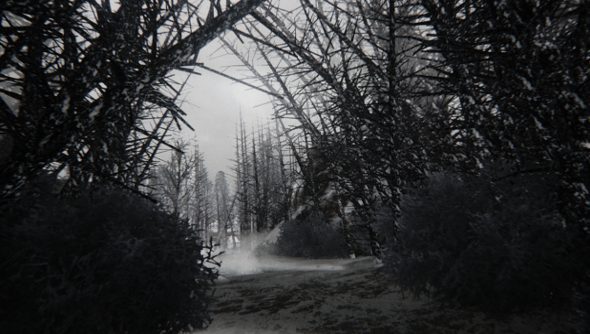 I haven’t written about Kholat, an exploration game with more than a hint of horror, since last year, but the release trailer has reminded me of its existence, as well as reminding me why I was rather intrigued by it all the way back in August.

It’s inspired by the “Dyatlov Pass Incident,” a tragedy that led to the deaths of several Russian hikers in the Ural mountains. Though the cause of the hikers’ deaths has been officially explained, the mystery has endured, inspiring Kholat, which sees players investigating the area after the events.

Take a gander at the release trailer below.

Sean Bean! What an unusual choice for a narrator, given that it’s a Polish-developed game set in Russia, but I’m never not happy to hear Ned Stark’s warm, Yorkshire accent.

“The trailer we have released today is the best short summary of one and half years of our development work, which is finally coming to an end,” said IMGN.PRO’s Łukasz Kubiak During that time Kholat has undergone the way from an ambitious idea in our heads to a finished game with few hours of gameplay taking place on open world map, narrated by one of the most famous British actors. One thing however hasn’t changed from the beginning – Kholat is a game that doesn’t follow mainstream game design rules but creates its own, which are based on players intelligence and imagination.”

Kholat will launch on June 10th.