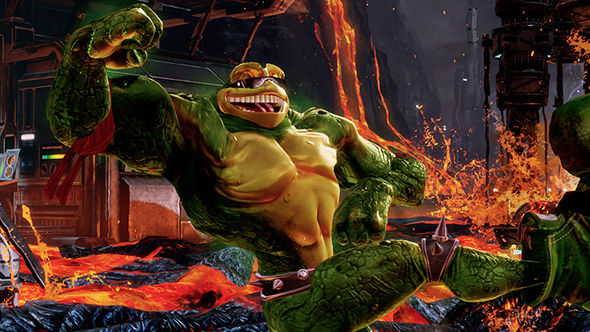 First, cross-play is limited to Exhibition, Lobby mode, and Shadow Lords multiplayer. No ranked matches against Windows Store and Xbox One players, which strikes me as a pretty significant missing feature. On top of that, you can’t invite friends on the other network to Exhibition matches, and you’ve instead got to use lobbies to work around that limitation.

On top of that, Xbox One fight sticks will not work with the Steam version of the game, nor will any DirectInput devices. XInput is pretty standard these days, but given that the Windows Store version of the game supports all these controllers, the absence of support here is baffling.

The good news is that this is the Definitive Edition of the game, with every single character and skin available included in a single purchase price. (Notwithstanding a premium currency that can be used for early unlocks of items otherwise earned in-game.) But there’s also no free-to-play version, unlike there is on Xbox One and the Windows Store, meaning yet another option missing for Steam users.

The core of the game (which is quite good) is still there, but the missing features – particularly that ranked cross-play – have put a real damper on the release of what should’ve been the definitive way to play Killer Instinct. If all this doesn’t dissuade you, you can pick it up on Steam for $29.99 / £22.49 / €27.74, a 25% discount that lasts until October 4.