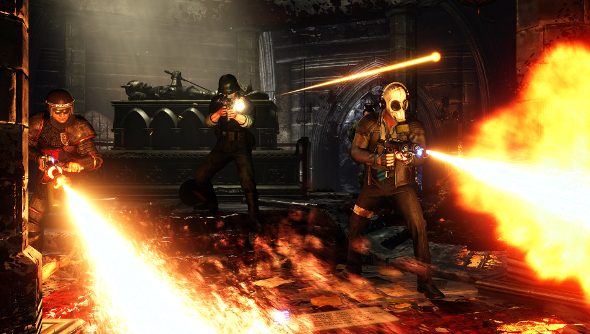 Tripwire Interactive have made the controversial decision to add microtransactions to its Early Access zombie shooter, Killing Floor 2, a move that hasn’t gone down particularly well.

Here’s what we made of Killing Floor 2 when it launched.

The microtransaction system is called the Trading Floor, and here’s how it works:

Players will be able to open the Trading Floor to do a spot of shopping at any time, instead of waiting until waves of undead have been cleared, and there they’ll be able to purchase weapon skins, costumes and cosmetic items created by the community and Tripwire itself. Payment will take the form of funds in your Steam Wallet.

It doesn’t sound invasive or unfair, yet Killing Floor 2 is not a F2P game – everyone playing it has already spent money, which makes the microtransactions seem like double dipping.

Tripwire have defended the decision to test this feature in Early Access instead of waiting until launch.

“[T]o those asking ‘why not get the game out of Early Access first?’ – well, here’s your answer. Feedback, leading to changes in what we are doing with this, changes to future plans.”