If you’ve ever sat there and thought, ‘The Arthurian legends are great and all, but what they’re missing is a touch of nightmarish horror that turns the promise of the ‘Once and Future King’ into a bleak hellscape’, then you’re in luck. King Arthur: Knight’s Tale is a grim take on the legendary story that’s here to give you just that.

It’s the latest project from NeocoreGames, a Hungarian studio that has been making strategy/RPG hybrid experiences since 2009. One of the earliest games it made was the original King Arthur: The Role-Playing Wargame, published by Paradox Interactive. A sequel was made in 2012, but since then the studio has moved on to bigger and better things. Most recently it’s known for the action-RPG Warhammer 40,000: Inquisitor – Martyr.

Knight’s Tale marks a return to that dark, twisted vision of Arthurian fantasy where the company first made its mark. It’s not connected to the original King Arthur games, but it deals with the same subject matter and certain elements may feel familiar to anyone who remembers those previous titles in any detail.

Unlike the studio’s previous works, which have largely been real-time affairs, Knight’s Tale has decided to take a leaf from XCOM’s book. This is a turn-based strategy game which will feature small ‘squads’ of knights battling groups of monsters and other nightmarish creatures as you hunt for the missing King Arthur, who’s dead, apparently. 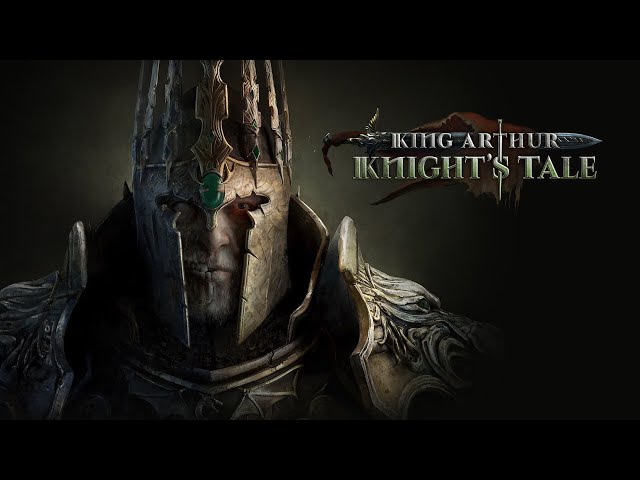 Your main character is actually Sir Mordred, the iconic villain of the Arthurian canon. The legend typically ends with Mordred dealing Arthur a mortal blow before being struck down in turn, with the hero himself being taken away to the isle of Avalon. In Knight’s Tale, something goes wrong: Mordred doesn’t actually die, and the land gets consumed by all kinds of horrors and demonic persons.

The Lady of the Lake, who doesn’t have any better idea of what’s going on than anyone else, tasks Mordred to go find King Arthur and finish what he started – the Once and Future King must die. For reals, this time. 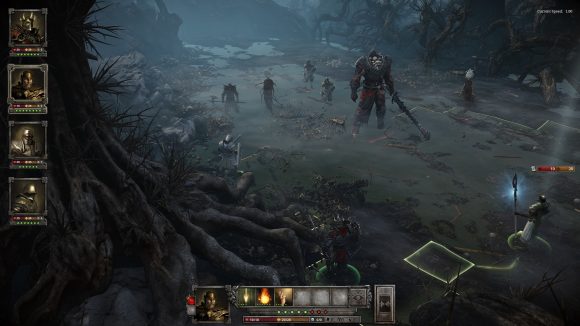 There will be full RPG progression for a cast of over 30 diverse characters, many from the core myth’s expanded universe and some new inventions as well. Mordred will be able to recruit these knights to aid him on his quest, and they represent a key resource. Injuries will be long-lasting and take a while to heal, with permadeath offering a touch of roguelike to the proceedings. We imagine the game hopes to tap into that XCOM magic of developing groups of individuals, and the pain you feel when your best sniper dies, or your hero-medic.

Other talking points we can throw at you include:

Overall, some interesting things to unpick here, but as we were only given a presentation to work with, it’s all very ‘to be determined’ right now. It’s always good to see more tactical games enter the ring, though, and anything that uses XCOM as a starting point is already off to a decent start. 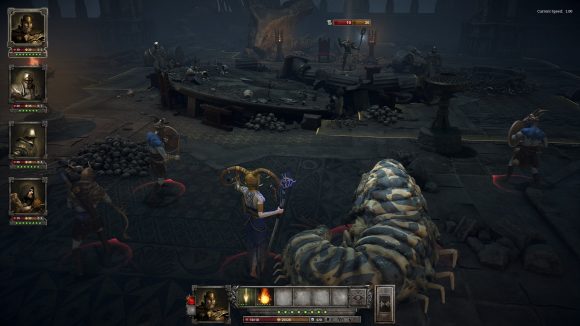 There’s one final thing to talk about: King Arthur: Knight’s Tale is going to launch on Kickstarter first. Today, in fact. It’s looking for $150,000 to help give the game one final push before release, although we’re told it’s largely complete and will get released regardless of whether the Kickstarter is successful or not.

King Arthur: Knight’s Tale is due to release early 2021 on PC via Steam, with further platforms being considered further down the line.