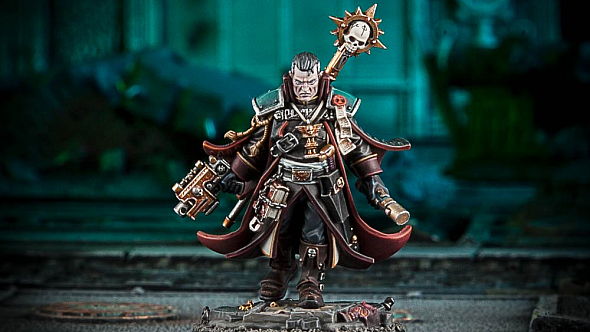 Warhammer 40,000: Inquisitor – Martyr is a videogame that is due to launch from Early Access soon. Warhammer 40,000: Inquisitor is also a discontinued tabletop game. If you knew about the latter, you might have made certain assumptions about the former, and those assumptions would be wrong – Inquisitor has been transformed very much by its new suffix. Here’s why that might be, and a little paean to its original form.

For more righteous crusades in epic settings, check out the best RPGs on PC.

“Hey boss, got a pitch for ya. So, Diablo is pretty popular, right?”
“That it is.”
“And so is Warhammer 40,000?”
“Two out of two, slick.”
“And Games Workshop are giving the licence away so freely that the other day I saw a toddler making a Horus Heresy game on a toy calculator?”
“I see where you’re going and I’m on board like a surfing corporate director. Let’s do this.”
“I see a problem.”
“Give me problems and I’ll give you solutions campadre, that’s why we’re a team. Lay it on me.”
“Warhammer 40,000 is nothing like Diablo.”
“No problem – Geedubs made a ton of other games in the same universe. One of them has to be like Diablo.”
“None of them are.”
“What about -” Googles– “Inquisitor?”
“Nope. That was squad tactics.”
“Damn, that’s no good, someone is already adapting Necromunda. Erm. Well, will anyone actually care if we makeit into Diablo?”
“…Probably not, actually. Inquisitor was played by exactly nine neckbeards and three socially awkward teenagers, only one of whom grew up to be a professional games writer.”
“Perfect! But, just to make clear it’s not a direct adaptation of Inquisitor, we’ll stick a pointless suffix on the end. What word sounds dramatic and deadly?”
“Murder?”
“Hm. Wrong kind of dramatic. Sounds like a game by Agatha Christie. Especially when attached to ‘Inquisitor’. Try again.”
“Mother?”
“Remind me not to come to your place for Thanksgiving.”
“Martyr?”
Fires finger pistol, winks.“Bingo.” 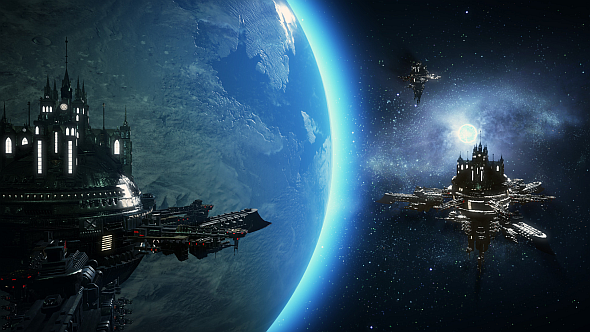 To be clear, I’m just having a little fun. I’m not saying Neocore are really this blasé about handling the Warhammer IP, nor am I saying Warhammer 40,000: Inquisitor – Martyr actuallycame about as a result of a conversation like this. I’m saying it couldhave. It is not a faithful adaptation of the Inquisitor tabletop game, you see.

And I’m not mad about that. I wasn’t holding my breath for such an adaptation so I’m not disappointed that it is not happening. I also understand that Necromunda is (almost certainly) a squad tactics game, and two games in the same genre from the same licence risks cannibalisation.

So I get it. But here’s the thing: Inquisitor is great. I played one campaign with two friends over the course of several years – we are quite bad at getting together – and it was terrific. Think XCOM crossed with Dungeons & Dragons in the 40K universe: it has a competitive side, in that there are two opposing squads and detailed rules for combat, including an ‘overwatch’ ability; several types of armour; rules for psychology, wounding, and cover; along with dozens of character classes and hundreds of pieces of equipment with which to deck out your squad. 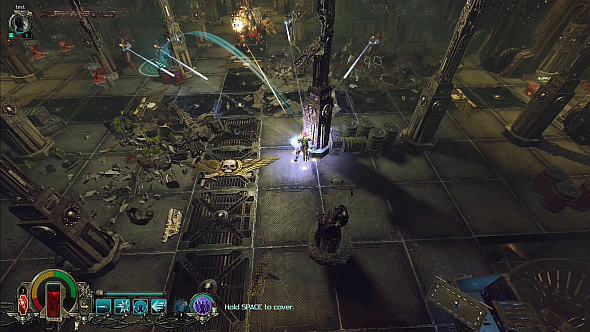 And yet, unlike Warhammer’s larger-scale games, the conflict in Inquisitor is hinged around a story. Scenarios are overseen by a games master and often include NPCs and variable, contextualised objectives (there was a heavy tendency towards macguffins in our own stories, but hey, we were kids.) Squad members have biographies and thus motivation.

Warhammer 40K’s almost farcically corrupt and intrigant Inquisition provide a wealth of material to drive conflict, even within itself: my Inquisitor was a cynic and an iconoclast, more interested in killing daemons than worshipping at the altar of the Emperor. When he came across a fanatical colleague – Arnaud ‘burn the witches’ Bezier, played with disturbing zeal by my friend Dave – the conflict was inevitable and gripping. 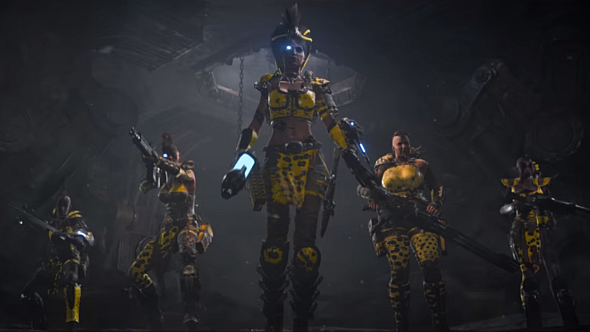 So, as excited as I am for Necromunda, I actually think Inquisitor would make a better squad tactics game. Necromunda is more limited in its setting: it focuses on (mainly) human gang wars in the sprawling industrial underbelly of a single planet. The Inquisition, by contrast, has a farbroader brief. Inquisitors hunt aliens, daemons, and heretics across the galaxy, and are given carte blanche to do so as they see fit, recruiting whoever and requisitioning whatever. There is far more potential there.

But Inquisitor doesn’t have Necromunda’s following, and perhaps part of the reason is that it has pretty high barriers to entry. Necromunda has everything you need to play right out of the box, whereas Inquisitor is very much a hobbyist’s game. Its rules – for cover and movement, and the like – were written for figurines 54mm tall. Accordingly, for scenarios or fights to be interesting, you need scenery of corresponding scale. When it launched, promotional photos in White Dwarf magazine showed gorgeous models posed on sprawling dioramas of spaceports and factories. 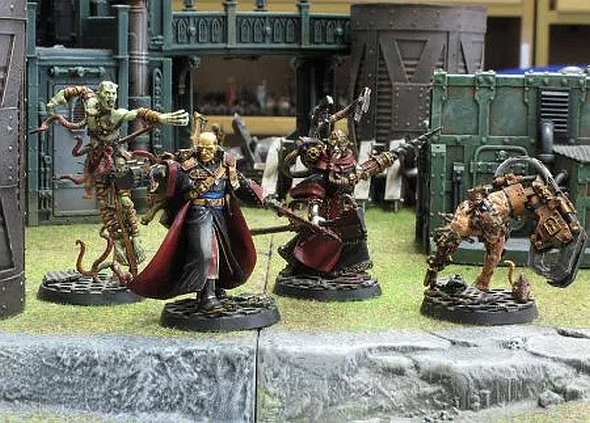 This is simply not within the reach of as many people as Necromunda – and certainly not myself or my friends. We made do with rearranging the same half-dozen pieces of styrofoam PC packaging, painting it anew with our minds for every scenario, and populating it with plastic army men to serve as NPCs.

That was enough, though. Coming from years of Warhammer Fantasy, I probably brought a little too much competitiveness and not enough role-playing to the table, but we still had a great campaign full of hilarious emergent stories and creative problem-solving: my Inquisitor’s daring escape from prison; my machine empath shredding one of Bezier’s henchmen with a mind-controlled autocannon; the time my assassin fell onto a stripper. I never much cared for the 40K wargame, but Inquisitor really brought its universe to life for me.

I understand why Inquisitor has been turned into a Diablo clone rather than a direct adaptation, and I know it would struggle to coexist with Necromunda. But in case you didn’t know that it had a life before its digital reincarnation, I wanted to tell you that it did, and that it was really good.