For almost two decades the odd pairing of Square Enix and Disney games that is Kingdom Hearts has polarised gamers. Some love Kingdom Hearts for its childlike wonder and addictive combat system, while others loathe its convoluted story and occasionally cringeworthy writing. Finally, it’s time for PC gamers to join in the communal confoundment that is Kingdom Hearts, as the majority of the series is launching on the Epic Games Store on March 30.

Enjoying the story of Kingdom Hearts requires more than a suspension of disbelief – you may as well throw your critical faculties out the window, too. There’s also the sheer size of the series to contend with. There are nine games in total, many of which were initially exclusive to handheld systems or mobile phones, meaning that even the most dedicated fans have struggled to keep up over the years.

As you’re probably new to the series, Kingdom Hearts is an action-RPG that sees players stepping into the oversized shoes of Sora, a young boy tasked with driving back the Heartless. These strangely cute creatures of darkness are causing chaos across the worlds of Disney’s animated movies, so expect to battle your way through areas based on classics like Alice in Wonderland and Aladdin, all the way to modern hits like Frozen and Big Hero Six.

The series blends light RPG mechanics and third-person hack-and-slashing, with a little bit of platforming sprinkled in. Anyone who’s dabbled in JRPGs will feel at home here, and while you can customise your party’s armour and magic loadouts, you won’t have to worry about status effects or complicated levelling systems to get through each game. Kingdom Hearts is designed to be accessible to all players, and for the most part, it nails that balance. 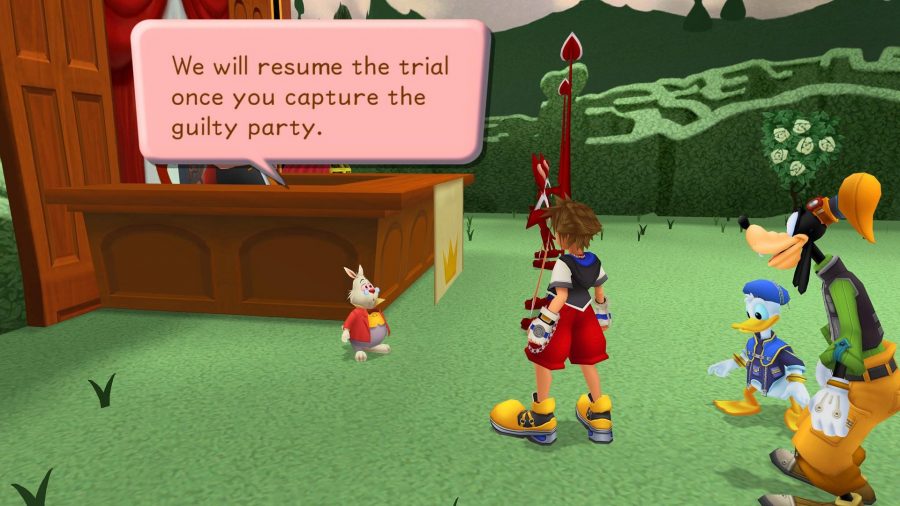 Hardcore Kingdom Hearts fans will advise you to tackle the series in the order of their release (here’s the Wikipedia page if you want to go down that route). This is relatively straightforward, as pretty much the entire saga is available across the four titles heading to PC this month. However, given the number of games in the series and their varying quality, we recommend being picky and focussing on the main numbered games before considering the myriad spin-offs. If you’re picking up the games on PC, you’ll want to grab Kingdom Hearts HD 1.5+2.5 ReMIX and Kingdom Hearts III + Re Mind.

The writing is often laboured, but there's an infectious sincerity beneath it all

To fully appreciate the Kingdom Hearts series, you’ll want to start with the experimental 2002 original. The designers were testing the waters with this one, so some of the game’s mechanics feel a little undercooked. Narratively, Kingdom Hearts is the simplest entry in the series, and probably the best for that matter, too. It’s driven by a convincing rivalry between Sora and his more capable counterpart Riku, as they search for their missing friend Kairi across a host of worlds inspired by the likes of Hercules, Peter Pan, and The Nightmare Before Christmas.

The gameplay hasn’t aged gracefully – janky platforming and uncooperative camera angles will surely get the better of many new players – but it’s worth enduring to see the worlds of Square and Disney collide for the first time. 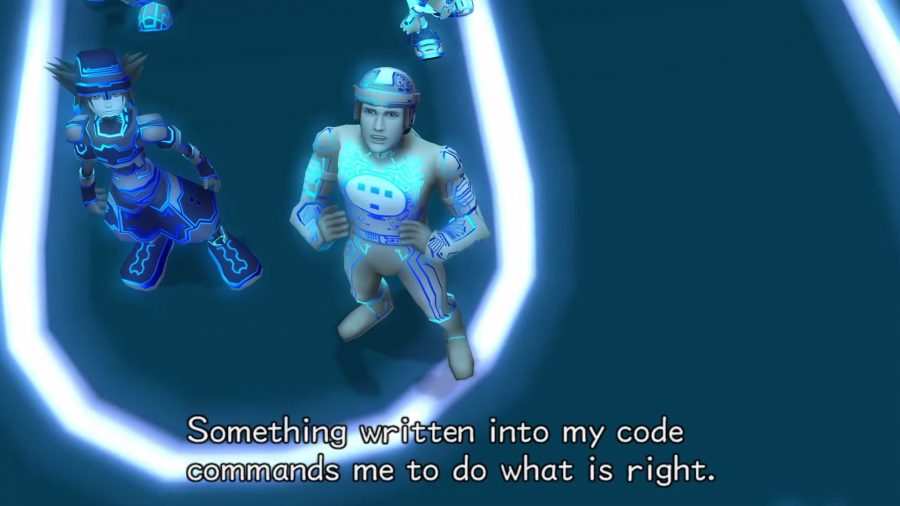 Kingdom Hearts II builds on everything from the first game – for better and worse. The biggest improvement is the combat. Where the first games’ brawls are pretty clumsy, KHII feels fast, fluid, and precise. With a more advanced arsenal of abilities, Sora can stylishly slide around the larger environments, even wielding two keyblades at once thanks to the supercharged ‘Drive’ forms. Unfortunately, pulling off devastating combos is a little too easy – virtually every keyblade technique is mapped to the same ‘Attack’ button – so it can’t quite hold its own against action games like Devil May Cry.

Read more: Here are some Kingdom Hearts alternatives on PC

As you might expect from a sequel, Kingdom Hearts II is significantly larger than its predecessor. There are more worlds to explore and there are even some left-field choices that keep things fresh. Levels based on Pirates of the Caribbean and Tron are the real standouts, while a world based on the 1928 black-and-white animation Steamboat Willie is an unexpected delight. Unfortunately, Kingdom Hearts II is also where the story starts to get confusing, frequently introducing new characters through painfully drawn-out cutscenes and spinning up subplots with reckless abandon.

Kingdom Hearts III is the culmination of the series, attempting to untangle the multitudinous plot threads that piled up across the series’ many spin-offs. It’s big, bloated, but also quite beautiful. Everything is about spectacle in this climactic sequel, which works both to its benefit and its detriment. 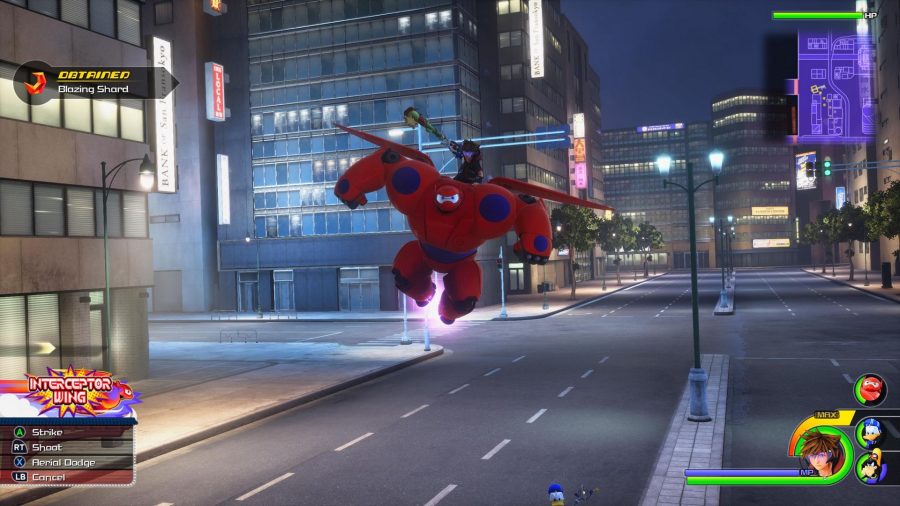 The visual flair of the third game can’t be overstated. The combat looks flashier than ever, as basic combos give way to Keyblade transformations that fill the screen with elaborate animations that see Sora raining death and destruction down on his enemies. Thankfully, many of the sillier plot elements are tied up or simply glossed over, so the staginess of the writing is a bit more bearable. Overall, KHIII is a great finale to this phase of the Kingdom Hearts story.

Signing off, the last piece of advice we can give is to take these games for what they are. The writing is often laboured and the plot is difficult to parse, but there’s an endearing, infectious sincerity beneath it all. The series immerses you in simple worlds devoid of cynicism, where the power of friendship conquers all. Plus, there’s a scene where Donald Duck trash-talks Sephiroth, which is worth the price of admission all by itself.