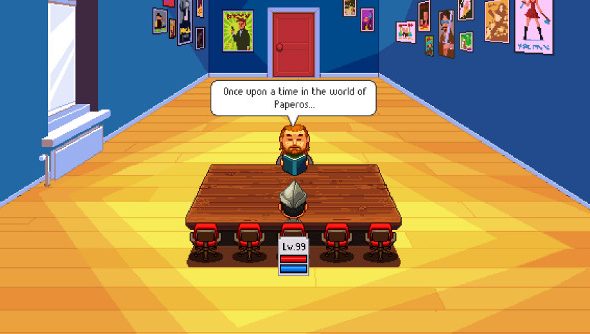 Knights of Pen & Paper is an excellent, utterly silly game that lamentably lost some of its appeal when it crossed over from mobile to PC. What was a delight in short bursts on my phone became repetitive and just a bit too shallow when played again at my desk.

It has spawned a sequel, which you must already have figured out by now, and after a couple of hours of messing around in the exceedingly meta world with my party of pixelated tabletop adventurers, it’s starting to look like it’s addressed most of the bugbears I had with its predecessor. 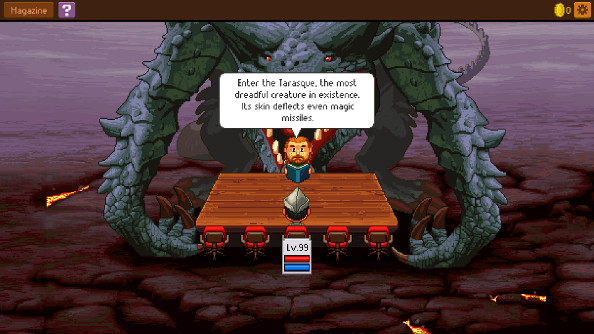 Like the first game, Knights of Pen & Paper 2 is a game within a game. Players control a party of digital tabletop players as they, in turn, roleplay as characters in a Dungeons & Dragons inspired fantasy adventure. These players are drawn from a list of archetypes, like the Jock, the Nerd and the Cheerleader, and then assigned a typical fantasy race and a class.

It’s a bit more customisation than its forebear offered, but with only three abilities and a few skills to worry about, it doesn’t have the complexity or complicatedness of the tabletop games that inspire it. It’s in keeping with what is a very irreverent, laid back game. What skills are available, however, manage to capture the essence of each class. Paladins smite enemies and can heal allies, Wizards command the elements against foes, Ninjas can vanish from sight or dash at enemies, slicing them up – all the things they should be doing.

There’s a greater commitment to the premise in this second adventure. Only one side quest sent me to kill countless beasties just for some unrelated items (the bear asses problem) while the rest were either traditional D&D adventures – elevated by lots of rubbish, but absolutely charming gags – and the occasional bit of subversion. 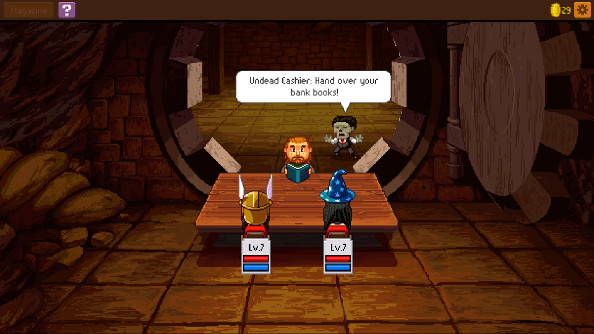 I rescued rats from sentient rat traps, hunted down ninjas in a cave, fought bandits over a mysterious treasure, senselessly murdered a creature because it was rare and scraped troll snot from under a bridge. Good times were had at the table, even when the dice rolls weren’t going my way.

There’s a lot of that, actually. Not bad rolls, but just rolls in general. A lot of skills have additional effects, necessitating a resistance roll, while simply exploring a dungeon requires rolls to avoid traps, unlock chests and investigate the area for hidden treasures. What each character needs to roll to succeed is dependent on their abilities, so the Thief is more likely to nail a roll when the party encounters a locked chest than the Paladin. 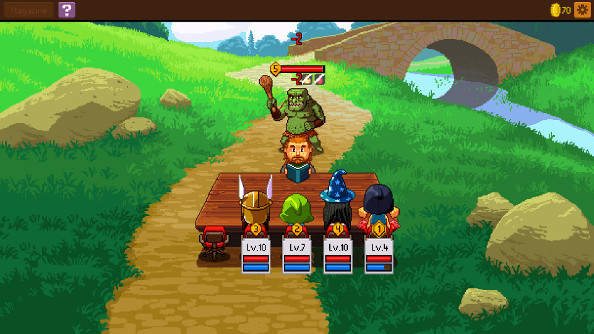 Explorable dungeons, the staple of the RPG, were lacking in the original game, but they’ve found their way into Knights of Pen & Paper 2. It’s bare bones exploration, but surprisingly effective. Each dungeon is really just one scene repeated with different encounters and the occasional prop, but there are also dungeon maps that need to be navigated through to reach these mostly identical rooms. It’s authentically D&D, because what fills out these rooms and makes them seem different is the context provided by the dungeon master. He fills them with enemies, treasure, bits of flavour, a worn tapestry here, a frightened prisoner there.

The preview builds ended right as shit was kicking off (in other words, I had just hit the big city with my big bag of gold and my country boy dreams), but it was a confident start with some significant improvements over its predecessor. If you’ve got a hankering for some tabletop adventures on your PC, you’ll be able to grab Knights of Pen & Paper 2 when it launches on October 20th.