So, it looks like we’re getting a KOTOR remake. Ever since Disney announced the revival of LucasArts via Lucasfilm Games earlier this year, rumours and speculation have been circulating over which new Star Wars games we’re going to see. EA has confirmed it’s still making Star Wars games, and we know a Ubisoft Massive open-world game is in the works too.

We’d also heard that something KOTOR related was in the works at Aspyr. I had my doubts it was a ‘new’ KOTOR game, but neither was I expecting a full-blown remake of BioWare’s classic either. This feels like we’re on the cusp of a new golden age of Star Wars, and the long-awaited return of this beloved series.

But when I stop to reflect, I think I would have preferred we move on from KOTOR. I believe the dream of a ‘true’ Knights of the Old Republic sequel – whether that’s KOTOR 3 or something else using the same setting – is probably still dead, or at least on ice pending reception of the remake. What if, instead of pining for something that may never come to pass, we imagine Disney makes a game from one of its most exciting contributions to the Star Wars canon? What if we get Knights of the High Republic?

Originally teased as ‘Project Luminous’ in 2019, The High Republic is a new era launched by Disney and Lucasfilm set roughly 200 years before the events of the prequel trilogy. It was officially unveiled with its proper name in February 2020, and will mainly feature comics and novels. The Acolyte TV show that’s currently being made for Disney+ will also be set during this time period, though right at the end.

The High Republic era is meant to represent a time when the Galactic Republic and the Jedi Order were at their height, and as such it doesn’t feature a galactic war or any Sith. It’s a time of exploration, expansion, and about a government in the prime of its power, in which the only real threat is from a band of galactic ‘space Vikings’ (official terminology) called the Nihil.

It’s not all smooth sailing. There’s a crisis, but it takes the form of a natural disaster (in space). This is Lucasfilm presenting the Star Wars universe through a more contemporary lens, with governments adapting to social and economic upheaval rather than trying to survive a state of total war.

This is also a time for exploring the Jedi during their ideological prime. They’re not trying to confront the evils of the Sith, they’ve not been co-opted into being military leaders in a major conflict. They get to be as they believe themselves to be: peacekeepers, wandering knights helping those in need and protecting the weak from those who would prey on them. Sounds like perfect RPG fodder to me. 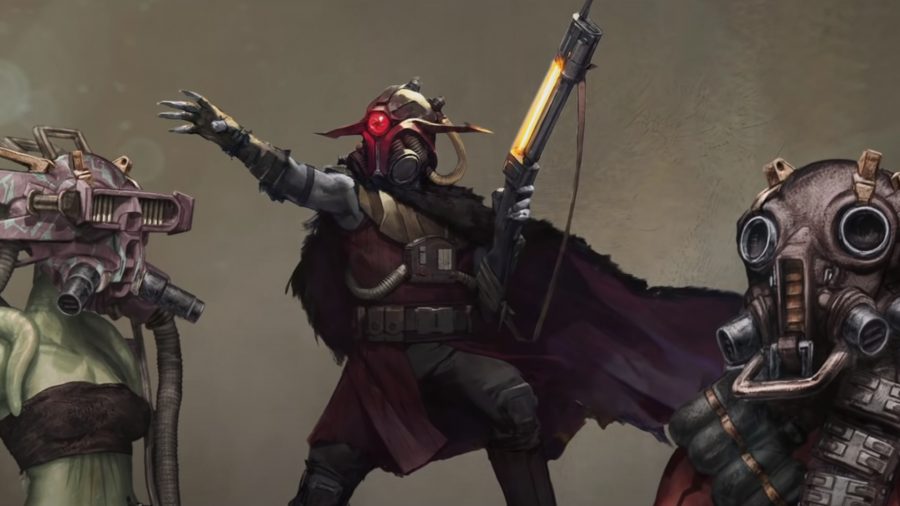 With the floodgates groaning open we should see a wave of new projects. I’d personally love to see an Empire at War sequel, but you can look at what LucasArts is doing for a clue as to what it may or may not go for in terms of a pitch.

Outside of gaming, we’ve had the final season of The Clone Wars – which features some amazing episodes – and now The Bad Batch. The Mandalorian is also proving to be a big hit for entirely different reasons, and generally the recent surge of new Disney+ shows betrays what eras, topics, and stories the company may want to explore more of.

And of course, there’s the aforementioned High Republic. There are currently no games associated with this new brand, so it feels like an opportunity waiting to be explored. I also honestly like how easily ‘Knights of the High Republic’ rolls off the tongue, although KOTHR isn’t quite as catchy. 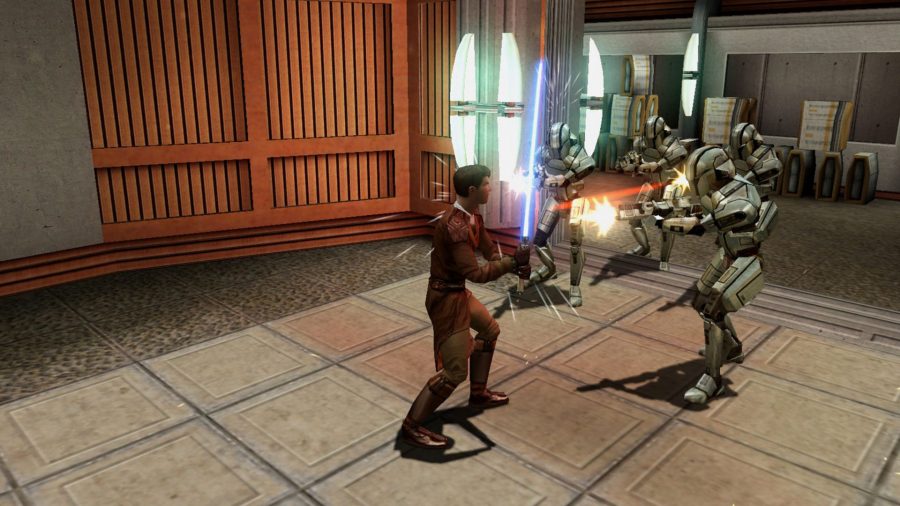 Fall of the old republic

So, back to the KOTOR remake. While it’s not the KOTOR 3 many would have wanted, I was doubtful we’d be getting a ‘new’ game using the same setting in the first place. Dealing with these legacy series comes with a lot of emotional baggage that can make a prospective partner wary.

Not only is Aspyr brave in taking on the original KOTOR, I also have a lot of respect for the fact that it’s choosing to go all in and redesign it from the ground up. EA’s revival of the Battlefront brand is a cautionary tale of what can happen if this process is perceived to have gone wrong.

There is also the question of canonicity. An official blog post on StarWars.com talking about the remake states that KOTOR is “part of Legends storytelling”.

Officially the ‘Old Republic’ is acknowledged as an era which ends around 800 years before the start of the High Republic. There is a final climatic Jedi-Sith war that’s canon, at which point the Old Republic reorganises into the Galactic Republic of the films, and the Sith are (supposedly) defeated. KOTOR 1 and 2, on the other hand, take place over 3,000 years before the events of the films, with EA’s The Old Republic MMO a few hundred years after the events of KOTOR 2.

Three millennia provides something of a safety barrier, as I doubt events from that far before the prime canon material will be of special interest to the lore keepers at Disney. But this doesn’t change the fact that the KOTOR games still aren’t canon, and it doesn’t look like this remake is going to change anything.

When Disney bought Star Wars and everything it came with, everything prior to the acquisition was all swept into the Legends brand until acknowledged otherwise. The best KOTOR has received so far is that the popular villain-turned-hero Revan was made canon in 2020 via the official Rise of Skywalker sourcebook. 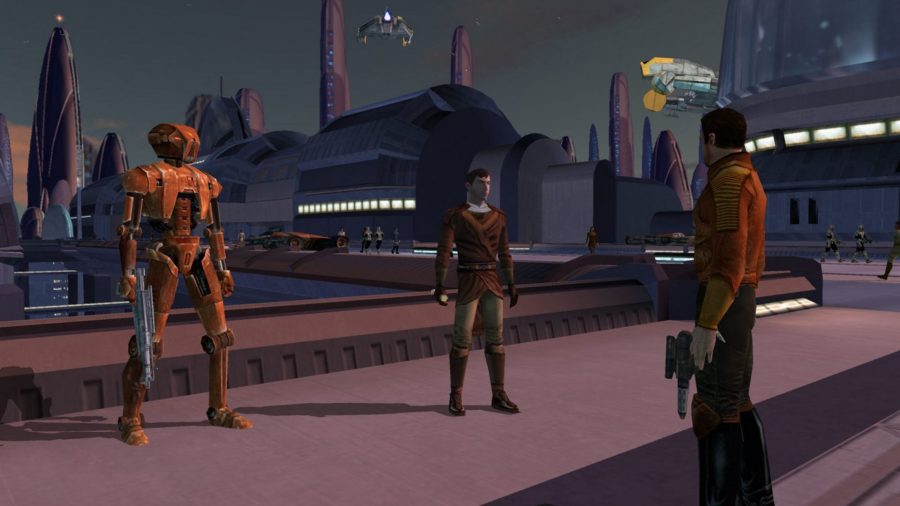 Colleagues have pointed out that – should this KOTOR remake do well – we may actually see a brand new KOTOR game, like what happened with Sony’s revival of Crash Bandicoot.

I find it unlikely that, in the light of Disney’s push towards the High Republic, they’ll be interested in green-lighting a project from an era so vague and in the ancient past of Star Wars history. We need to let it go. But what we don’t need to do is give up hope for a new BioWare-style Star Wars RPG. I feel there’s enough interest in the concept that we will see something, eventually, and I hope it’s Knights of the High Republic.

I’d also take a remake of KOTOR 2 – which is the better game – but either way I’m ready for a new, epic journey set in a galaxy far, far away.