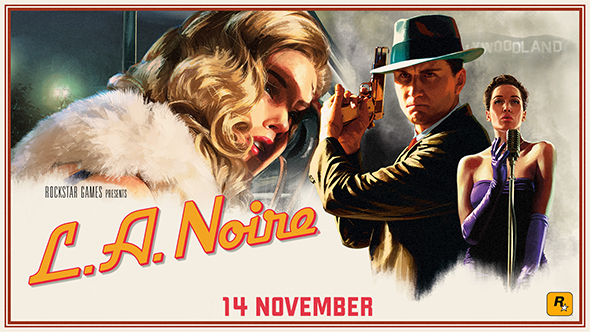 Update September 7, 2017: Rockstar have officially announced L.A. Noire: The VR Case Files, a stripped back remake for the HTC Vive.

Rumour no more, Rockstar tweeted today that they are working on L.A. Noire: The VR Case Files, the studio’s first foray into VR. The game will feature seven cases from the original game and will only be available for the HTC Vive.

Check out our list of upcoming PC games for more unexpected releases.

Rockstar didn’t say which of the seven cases would feature in the game, only that they will be “rebuilt specifically for a virtual reality experience on the HTC VIVE.” Hopefully that means they will be a full-body VR experience, with you being able to walk around and interact with the environment.

L.A. Noire had a mixed reception at launch but it stood out for its fantastic facial animation and motion capture work. That should translate extremely well to VR. Just picture yourself in the interrogation room, up close and personal with a suspect.

We’ll know how well it works when L.A. Noire: The VR Case Files is released on November 14.

Original story June 20, 2017: Rockstar’s crime thriller, L.A. Noire, could be getting the remaster treatment, according torumours. These whispers have been circulating in the industry for a while now, but it looks like an announcement could be imminent.

The rumours started circulating back in January, when a known Rockstar leaker said there was a Nintendo Switch version coming. The insider in question had previously broke news of the Lost and the Damned DLC for GTA 4.

According to what I heard, Rockstar might be releasing a remastered version of L.A. Noire on the Nintendo Switch.

While it might sound far-fetched, it would make sense for Rockstar as a sales experiment. They could be looking at the Switch for future releases. After all, the developers were big supporters of the PSP, and they’ve dipped more than a toe into mobile gaming.

This was then backed up by another tipster, who said it was coming to next-gen consoles. If it’s coming to consoles, it’s probably going to appear on PC too, since the architecture is so similar these days, and GTA 5 has sold incredibly well on PC.

Regarding LA Noire Remaster, the title is sounding like it'll come to Switch, PS4, and Xbox One. Release slated for late summer.

On top of this lot, WWG have heard from three separate sources that the game is coming. It will also have a first-person mode, much like GTA 5 when it was remastered, and it’ll be VR compatible. Imagine those uncanny facial expressions in VR – you’ll be able to practically taste the suspects’ lies.

WWG writer Liam Robertson has been behind a bunch of accurate industry leaks, including the recent Mario Rabbids crossover announcement on Nintendo Switch. Robertson also broke news of Scalebound’s cancellation.

There’s no word on release date yet, but an announcement is likely imminent. Unless it gets cancelled and goes the way of Agent and so many other videogame plans.