Expectations were high for Riot’s first animated series after its trailer premiered over two years ago, but not even the most diehard League of Legends fans could have predicted its meteoric success. Arcane currently boasts a 100% fresh score on Rotten Tomatoes, alongside a 98% viewer score, and it’s among the most-watched shows on Netflix, even dethroning Squid Game in China.

It’s a hit with universal appeal that has received plaudits from critics and audiences alike, and most importantly, from people who don’t play League of Legends. For any videogame franchise, this is the Holy Grail of expanded universe content – it’s peerless.

The question is, what does Arcane have that other videogame adaptations lack? Obviously, obviously, Arcane is jaw-droppingly pretty. Studio Fortiche, the animation team behind Arcane, has blended a heady mix of expressive and fluid 3D animation with painterly textures, hand-drawn 2D effects, and head-spinning attention to detail. Nothing else out there, save for Fortiche’s previous work, looks like Arcane. It’s a complete paradigm shift for 3D animation in television.

But there’s more than aesthetics at work here. Arcane is a storytelling tour de force. It stands on its own merit rather than reclining on existing lore, or even worse, being hamstrung by it. Adaptations of videogames for TV and film have a chequered past when it comes to marrying their own storytelling with the source material. Some fling themselves deep into the past or shift the locale to pastures new in the hope that a fresh setting will bring their characters to life. Others slavishly retell existing stories with no concern for the change of medium, or bend over backwards to translate gameplay mechanics into scenes for the small screen. 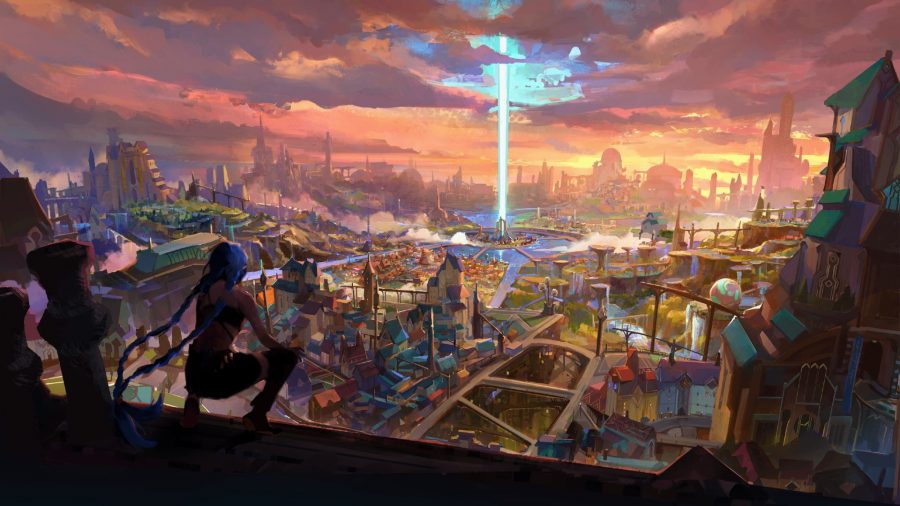 It’s here that Arcane makes the magic happen. The nebulous universe that Riot has created through League of Legends’ champions, cinematics, short stories, and comics are all connected, but the strands linking them are pliable. Arcane has the best of both worlds: a rich universe of champions that are brimming with character, and only a vague status quo with which its story should converge by the series’ end. The show exists on the verge of the multiplayer game’s ‘present day’ and yet its story is packed full of possibilities.

For the sake of avoiding spoilers I’ll omit the particular details which Arcane chooses to bend (or sometimes outright change), but every time it does so, it does it with confidence and always in service to its own narrative. Within the series’ planting and payoff, thematic convergence and meaningful character development are inserted into the tantalising gaps left by League’s existing material.

The creators have used this freedom liberally, and to great effect. The stories of Jinx, Vi, Jayce, and Viktor are all meddled with, expanded, and in some cases enhanced. The specific origins of Vi’s hextech fists or Viktor’s venture into transhumanism aren’t important. What matters is that Arcane is internally coherent; a standalone piece of art. 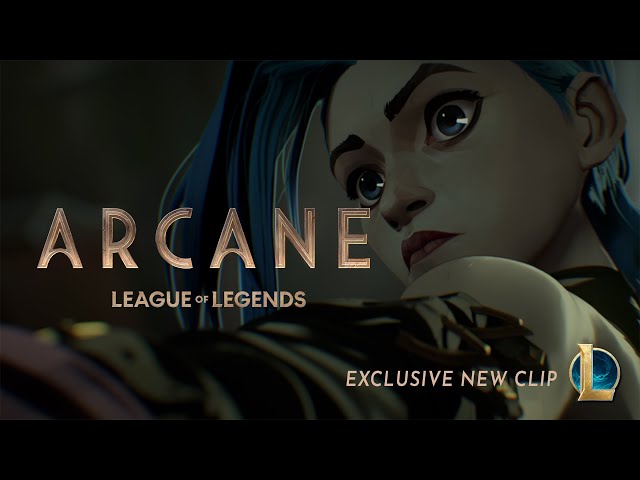 That’s not to say that League fans are left parched. Easter eggs tumble off the screen, and hints at the world beyond Piltover and Zaun are foreshadowed with comforting regularity. The faithful are well catered for, but fan service never compromises the essential elements of great television.

It’s a tightrope that Arcane strides across effortlessly, and the results speak for themselves. If you’re yet to watch, prepare for an engrossing ride that even manages to stick the landing in its final act, a feat that other shows, videogame adaptation or not, often fail to achieve. The bar has been raised stratospherically high for other videogame series hoping for similar success in film and TV. Halo, Fallout, The Last of Us, and many more are making their TV debuts in 2022. If they’re going to leave an indelible mark, as Arcane has, then a strong creative vision from their studio, and a commitment to their new medium, must be top priorities.