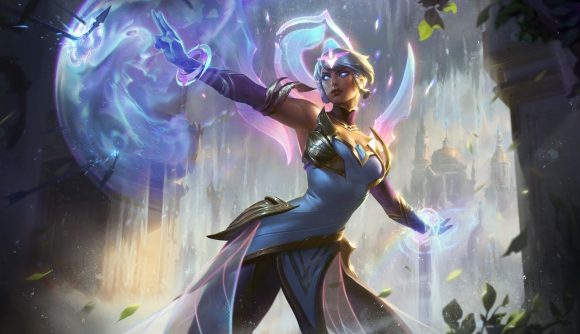 League of Legends has a lot of champions, and many of those champions have a fair number of skins. The number of skins is now almost at 1000, and to celebrate the game’s 1000th skin developer Riot is donating all of the skin’s proceeds to the Riot Games Social Impact Fund, a fund promoting social change in causes around the world.

The Riot Games Social Impact Fund is a new initiative from Riot “to promote equality in education, opportunity, and global citizenship”. The fund has already donated over $4 million on players’ behalf and this new skin will aid community and social projects, contributing to promotion of social change.

League of Legends players have already proven to be generous in the past as last year players rallied together to support 20 impactful non-profits with the Dark Star Cho’gath fundraiser, which in total raised $6.1 million. In the last few years alone Riot claims that “players have donated over $15 million to more than 25 different causes around the world”.

This bodes very well for the 1000th skin, Dawnbringer Karma. The set will include the skin, chromas, border set, heart bundle, and an “all love” emote. The Dawnbringer Karma set will be on sale from December 12, through to January 13, 2020, from the shop.

It’s not the first – or even the last time – a skin has been used to raise money for charity. Last year Blizzard added a skin to Overwatch for the healer Mercy, which in total raised almost $13 million for breast cancer research.

League has millions of players and tons of Twitch viewers so it’s possible that something similar is achievable. With money going to charity being a good cause, you could say that buying this skin will get you good Karma if nothing else.