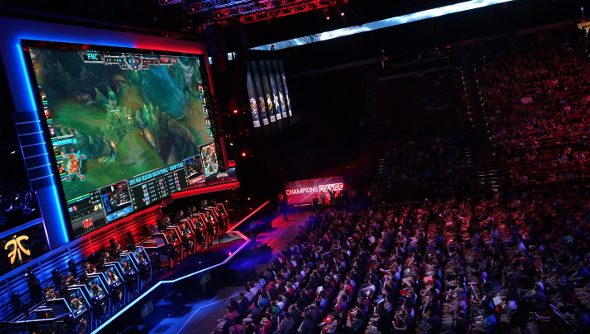 Just a year ago, things like fantasy League of Legends was a fanciful novelty. Now, major investors are rushing to get in on the ground floor of fantasy eSports. Just today, AlphaDraft announced $5 million in financing… and its backers include the William Morris agency (now William Morris Endeavor) and none other than former NBA commissioner David Stern.

Fantasy sports have become insanely popular and lucrative, and with the rise of eSports-focused fantasy sites like Vulcun and AlphaDraft, eSports might just be their next great frontier.

Fantasy sports might seem like the domain of sports nerds, but their popularity has grown so tremendously in the past ten years that they are on the verge of almost eclipsing the real article. So it’s no surprise that we’re seeing their eSports analogs becoming so popular with investors.

“AlphaDraft continues to enjoy great success in its first year,” the company said in a press release, “and simultaneously announces its expansion from covering contests surrounding the highly popular League of Legends by Riot Games, to adding support for ten pro leagues, competing in Counter-Strike: Global Offensive, Dota 2, SMITE and one other, soon to be announced, major eSports title by June 1, 2015.”

It’s going to be interesting to see how eSports fandom evolves as fantasy plays a larger role in the culture, and people start running fantasy teams for real money via sites like AlphaDraft and Vulcun.