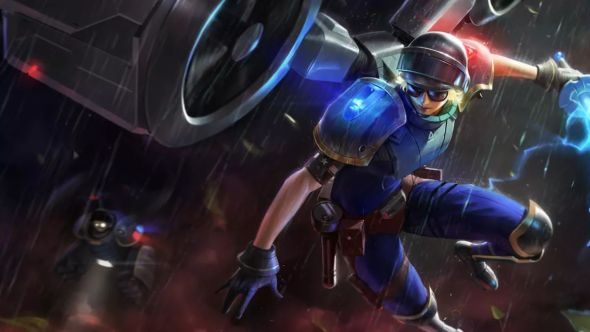 “Human error” at Riot Games meant that a small group of players received account data not associated with their own accounts. The issue was first flagged by a player on the League of Legends subreddit in a post last night.

The post states that the player initially requested his account data from Riot around a month ago. Upon prompting the company for the data again after some time had passed, they received an zip file containing information on someone else’s account. As well as in-game information like chat and report logs, player data also contains email addresses, dates of birth, phone numbers, and IP addresses used to log into the game over the past four months.

There are plenty of contenders out there, so check out our list of the best MOBAs.

Riot has since responded to the original Reddit thread. Player support agent Riot Westbroke commented further down the thread saying that Riot had “temporarily paused manual reviews of data requests” pending an investigation. A few hours later, that thread was updated to provide more context and information.

That update stated that “normally, data requests like these are handled by an automated system. In this case it was handled manually, and through human error the wrong file was sent to the wrong player.”

“Most importantly, we’ve gone through every other request that was answered manually and can confirm this was an incredibly rare incident.” Riot stated that they have individually contacted the few players affected.

Going forward, Riot says that it has “reviewed the automated system that normally handles these requests,” and have discovered that it is “working as intended.” It’s worth reiterating that this is an issue that will only have affected a handful of players, and you’ll have been contacted by Riot if your account was affected. Check out our League of Legends 8.14 patch notes, featuring the six new SSG Worlds skins, to stay up to date with Riot’s constantly evolving MOBA (although those notes are a little light on actual balance changes at the moment).