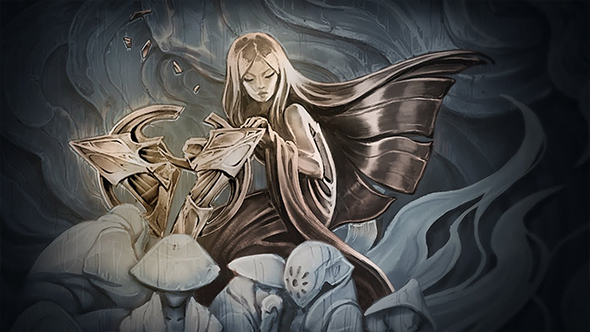 Riot have released a new champion video for Irelia, showing the remade hero slicing, and dicing smoother than a Benihana chef.

These are the latest changes in League of Legends patch 8.6.

Irelia’s new champion video was revealed on the official League of Legends Twitter account. Check out Irelia: The Blade Dancer below:

Looks like the next League of Legends champion in line for a rework is Irelia, and Riot today launched a teaser trailer showcasing the rebuilt champion’s backstory. Riot typically launch these trailers shortly before fully revealing the rebuilt champ and setting them to the PBE, and if tradition holds we’ll see a lot more of the remade Irelia on Tuesday.

The teaser showcases Irelia as a revolutionary leader, taking up arms to defend the peace of her home against presumably Noxian invaders.

Riot detailed some of what to expect from the new Irelia in a champion roadmap earlier this year. They say “our main goal was to transform her into the master of levitating blades that her theme implies—she should be surging into the thick of battle, where she can pierce the shields of her enemies before cutting them down in a flurry of dancing blades.”

She’ll keep her Bladesurge Q, but it will get more reset opportunities. The rest of her kit is in for bigger changes, intended to keep her strong against ranged champs and have her keep a relatively good range for a fighter. She’ll be “poking at her enemies with a thousand tiny cuts before surging in for the kill.”

I cautiously hope that she’s way OP on release, so we can have a long chain of nerfs consistently bringing her down. Something’s wrong with the world if we’re not nerfing Irelia, after all.

Irelia’s rework follows the new hero, marksman Kai’sa, and the Swain rework that launched earlier in the year.