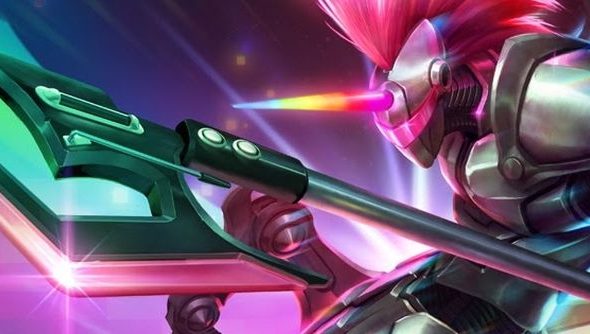 Jeffrey Lin is Riot Games’ in-house psychologist in chief – the man who’s overseen a drop in verbal abuse of more than 40% in games of League of Legends. He’s been blogging over at Re/code about what he’s learned. And there’s good news: he’s optimistic. But the answer isn’t to lock abusive players away with their fellows on designated servers.

We’ve written before about who precisely toxic League of Legends players are. The vast majority aren’t hardened bigots who come online to spew evil, Lin’s team have found. 87% of abuse comes from otherwise neutral or positive players having a bad day.

“Given this finding, the team realized that pairing negative players against each other only creates a downward spiral of escalated negative behaviors,” wrote Lin. “The answer had to be community-wide reform of cultural norms. We had to change how people thought about online society and change their expectations of what was acceptable.”

That’s what led to the player tribunal – and since, the machine learning system that picks up on instances of racism, homophobia, sexism and death threats. That system is about giving abusers clear and fast feedback on their actions, and it works. The tribunal’s been down for a year for reworks, and in that time LoL player behaviour has risen to “record bests”.

“These results have inspired us,” said Lin, “because we realize that this isn’t an impossible problem after all.”

Another interesting titbit: collaborating with scientists, Riot have discovered that there’s no link between age and toxicity in online societies. What do you make of their findings?