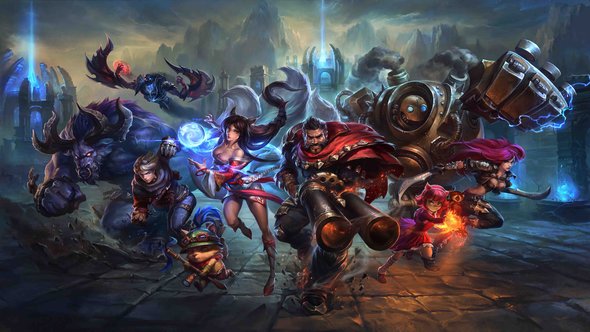 Riot have given us an insight into the design philosophy for their upcoming League of Legends champions, suggesting that their focus for the latter half of 2017 will lean towards “more niche champions.”

Riot have been busy teasing their next champion, probably a bruiser from the Freljord.

In a video discussing champion design, Riot’s design director Greg ‘Ghostcrawler’ Street outlines some of the things that make a good League of Legends champion. Citing the company’s “five pillars” approach, Street says that what makes a good champion is “not just playrate or winrate.” Instead, elements like how satisfying a champion is to play, how fair they are to play against, and how easy it is to express skill on a certain champion all factor into whether or not they are a ‘good’ champion.

Towards the end of the video, Street talks about the ongoing approach to champion design, and what we might expect to see in the coming months, particularly after the Worlds Championships and moving towards the preseason. 2016 brought us several very thematic champions, with characters like Ivern, Aurelion Sol, and Jhin arriving on the rift. These three are examples of champions that are vastly unlike many of their counterparts; Ivern has a completely unique approach to jungling; Aurelion’s approach to the midlane sees him focus on zoning enemies away from certain areas; and Jhin’s four-shot mechanic is very different to many other marksmen, who exist to do as much sustained damage as possible.

In 2017, however, so far we’ve seen Xayah, Rakan, and Kayn (and Rhaast) – “pretty broad champions” who, despite unique abilities, fit more comfortably into their roles. Street says that later this year we should look to see more of “a mix, with some broad appeal and some very unique champions.”

Street also suggested that there may be a spate of updates coming soon, highlighting older, potentially less satisfying champions like Pantheon and Nunu as being due a change. Street is careful to say that he’s “not announcing a Nunu update,” but it seems as though attention is being paid to the fact that these are champions that might be getting reworked at some point, potentially next season. It’s extremely unlikely that we’ll see any major changes until after Worlds, especially as the patch notes for 7.16 seem to be aiming to balance the game rather than alter it.