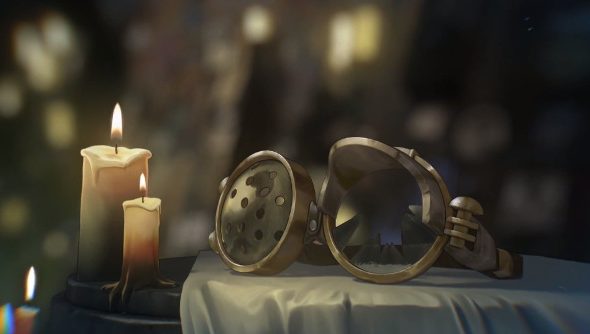 Riot have revealed the latest champion for League of Legends during the broadcast of the Mid-Season Invitational: Ekko, a young boy with some kind of techno-magical device that allows him to move through time.

Watch the trailer below.

Not only is that a great video (the opening narration and pan over Ekko’s hideout is fantastic), but it raises all kinds of interesting questions about how this character is going to work in-game. Obviously you can’t do a Prince of Persia: Sands of Time kind of thing in a multiplayer game, but the trailer is pretty explicit about the fact that Ekko can rewind short bursts of time to fix critical mistakes.

Yet just as important, the video shows that the ability doesn’t undo the past for Ekko. When he gets the crap kicked out of him and slammed into the pavement, he still looks like he’s on his last legs when he resets to the start of the fight.

I’ll be very curious to see how this works in-game. Will Ekko be a character you effectively have to kill twice in order for it to stick? A character with a Guardian Angel-style active-ability? And how will Ekko’s ability to discern and exploit weaknesses play out? I’m hoping for something more exciting that temporary damage bonuses.