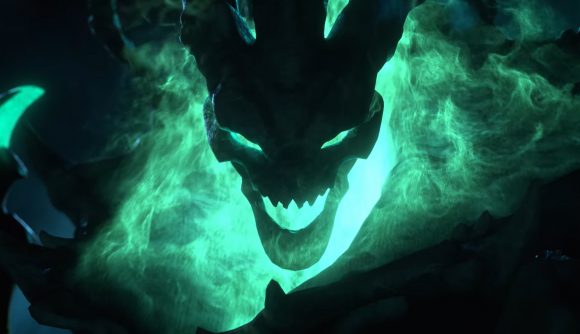 We’ll soon see the next few League of Legends champions, and after a bunch of leaks and tiny teases, Riot has put out a slightly more substantial video with some strong hints that the next original character will be Senna. The teaser comes just before next week’s planned champion roadmap, which is set to properly unveil the next three new champions for League.

In League of Legends lore, Senna was the wife of Lucian, before Thresh captured her soul and trapped it inside his lantern. The new teaser trailer, titled Dark Passage, sees Lucian tracking Thresh through the Shadow Isles, as well as a brief flashback shot that appears to show Thresh capturing Senna’s spirit.

This comes after numerous hints and leaks about Senna’s debut in League, as The Rift Herald has collected. Lucian has gotten a new bit of lore, which is the type of thing that usually comes just before a new champ’s debut. League’s Facebook page recently reshared – then deleted – a meme about Lucian and Senna. Then, Senna’s name popped up in an update to the game’s Chinese PBE.

That new roadmap is set to go live on Wednesday, October 16, so we’ll know for sure very soon. The post should also give us more details on incoming Volibear and Fiddlesticks reworks.

You can check out the teaser above.

We’ve got details on League of Legends patch 9.21, if you’re looking for some more concrete information about what’s coming to the game in the immediate future.