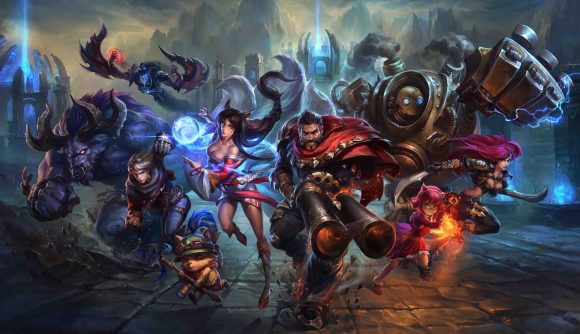 As League of Legends season 10 gets into full swing, bringing new LoL Champion Sett, a soft reset for ranked, and more, it seems it’s also time to look ahead to the future additions heading to the League of Legends Champions roster this year. Developer Riot has posted a video discussing Champion news for the 2020 season – and hinted at several more on the way.

In the video, which you can check out below, lead producer for the League of Legends Champions team Ryan ‘Reav3’ Mireles says: “We’ve tried a few new tactics with Champions over the last couple of years”, explaining that one of these is in tying them to big events. For example, Qiyana and virtual hip-hop group True Damage and Aphelios with the Night and Dawn event – both of which were big successes. This, the dev says, will continue into 2020.

“A big part of events is having something new for players to experience. Outside of game modes, champions are one of the biggest gameplay experiences we release, so adding them to events made a ton of sense,” Mireles says. “This is something we’re going to continue to do in 2020, as we feel like grouping a lot of content together creates bigger and more memorable moments throughout the year.”

The first hint is about a new Jungler Champion to “fawn” over, tying into a big festival event heading to the game this summer that’ll “blossom”. A second character who will also feature with the event is a “masked Champion who refuses to die.” It’s not clear who or what these hints might point to, but the latter could be someone we’ve encountered in some way before, as Mireles says: “some demons should remain in our past.”

Beyond these two summer releases, Riot has a “few more Champs up its sleeves” for 2020, but we won’t find out more about these until later in the year. Given the studio also talks about the importance of drawing on LoL lore to develop new characters in the video above, perhaps we could some new character inspired by the wider universe of Runeterra arrive.

The dev also reveals that Riot will once again hold a poll to let players decide which League of Legends Champions will get an update in 2021, which will be held later this year.

In 2019, the studio gave players a choice between Fiddlesticks, Dr Mundo, Shyvana, Nocturne, and Volibear – with the Juggernaut bear winning the most votes. However, it was a close run thing so Riot decided to give Fiddlesticks a rework, too. It’s not clear yet which Champion – or how many – will be featured, but it’s a good opportunity for Riot to connect with the LoL community and get an understanding of they’d most like to see changed.

In other LoL news, Volibear players will get a special free skin later this year following the Champion’s rework – and Wukong’s update is just about to go live. Check out the League of Legends patch 10.2 notes to keep up with all the latest changes.