Is a Left 4 Dead 3 release date coming? Here’s all the latest news and rumours about L4D3 – plus our wishlist for the new Valve game.

Left 4 Dead 2 came around so quickly it felt like whiplash. Remember the 25,000 signature petition to boycott what was perceived to be a rushed sequel? Perhaps Valve took it too much to heart. It’s been over a decade since four unlikely heroes cut a route through Savannah and New Orleans to survive. We’ve waited long enough, and we want Left 4 Dead 3 faster than a scampering Hunter.

We’ve been patiently waiting for Left 4 Dead 3 for some years now, but we know that Valve often struggle to bring out third instalments to their flagship series – we still haven’t given up on a Half-Life 3 release date, though. However, we are always on the lookout for new Left 4 Dead 3 gameplay and trailers, so we have collected all our ideas for L4D3 here for your reading pleasure. Here’s everything we know about Left 4 Dead 3:

When is the Left 4 Dead 3 release date? Unfortunately we have as much of a clue as we would if we had to survive in an actual zombie apocalypse. In other words, we have no idea. If we hear anything we’ll let you know right here. 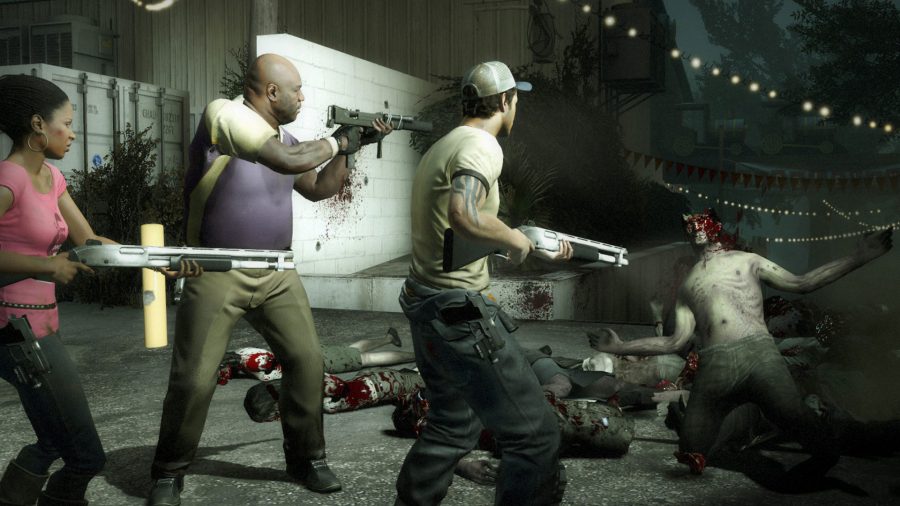 There’s been very little Left 4 Dead 3 news to keep us going in the long years since the previous zombie co-op smasher.

The most recent news for Left 4 Dead 3 is actually official confirmation of what happened to the game, and doesn’t offer much hope for the series future. Geoff Keighley’s The Final Hours of Half-Life Alyx documentary gives us some rare insight into Valve and tells the story of what happened to some of the most anticipated games of the last ten years.

According to the documentary, Left 4 Dead 3 was in early development in 2013 and was Valve’s second major Source 2 project. 30 developers were working on Left 4 Dead 3 at this point, and the game was aiming to put hundreds of zombies on-screen across a Morocco-based campaign. Valve ahs not shared any specific detail on how this would look, but Left 4 Dead was also going to feature some form of open world.

Exactly what the constraints were is still unknown, but Source 2 wasn’t able to support this vision, and as a result Left 4 Dead 3 was left at some point in 2014 to gather dust.

Of course this doesn’t mean the project doesn’t exist and isn’t being worked on at the time of writing, but given one incarnation of it has been shelved as recently as 2014, we’re probably a long, long way off seeing the series reanimated.

We did get a Left 4 Dead 3 tease all the way back in 2016, whether it was intentional or not. A reference to a new Left 4 Dead game appeared in a computer file in a tutorial for the Destinations Workshop tools called “left4dead3”. The leak was removed quickly once people started to notice, which only got us even more excited.

Related: Keep the shamblers at bay in the best zombie games

Very little L4D news would surface after this episode, however. What we did get was a Left 4 Dead 3 ARG hoax in early 2018, after fans of the Left 4 Dead 2 Facebook page spotted an image of a dead hand that resembled the one from the original L4D trailer. What’s more, it only had three fingers on it, which appeared to be a classic tease for a new Left 4 Dead game. Again, it was quickly removed by the powers that be, but we haven’t heard anything else about a new Valve game since.

Left 4 Dead developer Turtle Rock revealed it was working on a new IP called Back 4 Blood. Yes, that title does look like an ever-so-cheeky nod to Left 4 Dead. That said, Turtle Rock Studios insist that while their upcoming game is a co-op zombie shooter, it’s also its own game with unique mechanics. The signs of lineage are undeniable, however.

While this does make it likely that Left 4 Dead 3 may be even further away, it doesn’t rule it out entirely. We may have to wait a while longer. Besides, Back 4 Blood may be a solid spiritual successor to tide us over in the meantime.

Fortunately, if you’re a Left 4 Dead 2 player, which you ought to be if you’re reading this, the game is still being updated. The Last Stand update was the first official DLC to launch for Left 4 Dead 2 in over eight years, but it’s been made mostly by the L4D community, which doesn’t offer much hope for full-scale development on a sequel. Still, there’s some love there, and that’ll have to do. 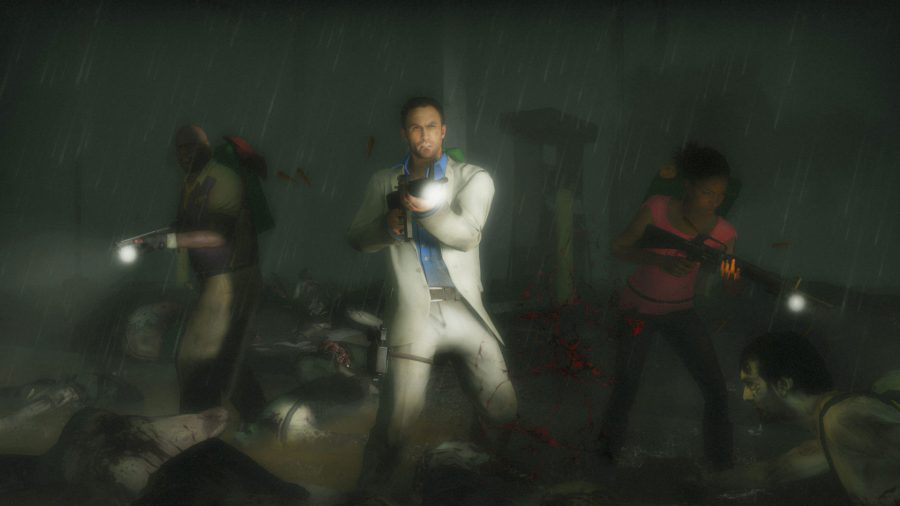 The thing every Valve shooter has in common is a tremendous sense of forward momentum. While in Half-Life it’s brought about by an ineffable combination of level design, music, and narrative urgency, in Left 4 Dead it’s more tangible – the presence of an AI director, either sweeping you up in the tide of the dead, or planting lone zombies along the path to act as breadcrumbs, guiding you ever onwards.

Clearly, we should expect Valve to keep that. But the other pieces of the puzzle that really define pacing and play in Left 4 Dead are the special infected – and they’re subject to fundamental change.

Each of the original special infected had a gameplay function: the Boomer’s trick was to bring down the horde on incautious teams, the Tank’s to pull them together against a mini-boss, the Hunter’s to reward twitch accuracy, and so on. But in Left 4 Dead 2, the monsters started to double up: where’s the necessity for the jockey, for instance, when the smoker already works perfectly well to isolate survivors from the main group?

L4D3 will likely add special infected who change up the paradigm and tempt survivors out of practiced playstyles, just as that first set did.

From the Geoff Keighley documentary, it’s clear Valve wanted to lean into the open-world games trend before they shelved L4D3 in 2014. However, with so many games like Left 4 Dead cropping us since then, it’s hard to see Valve abandoning what’s clearly a popular gameplay loop if it does ever revive this series. 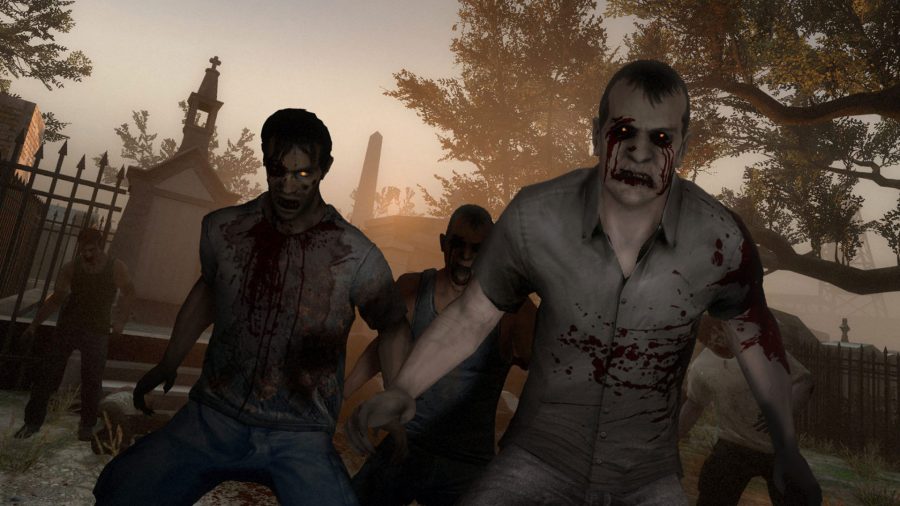 Perhaps just as important as who Left 4 Dead 3’s characters are is the way they’re introduced to us.

You can piece together that Coach is a 44-year-old former PE teacher whose early hopes in American football were cut short by a knee injury at college – but that’s not handed to you in heavy-handed exposition or extensive branching dialogue. Instead, it bleeds from the game’s avatars dynamically, in lines of VO that appear in some playthroughs and not others. Over the course of many campaigns, you build up a fond picture of the people you’re playing as.

We expect Valve to continue that trend towards background storytelling the new sequel. Good news on that front: Doug Church, one of the most experienced environmental storytellers in the industry with a background at Looking Glass on the Thief games, was linked to Left 4 Dead 3 in an apparent Valve database leak a few years back.

Left 4 Dead 3 could come in two different business models. The first is simply copying the business model from the first two games: a one off payment and only free DLC. The second is F2P with microtransactions for cosmetics and possibly other characters. We think that, if we get a new Left 4 Dead game, it’s going to be free to play.

Crafting games are common nowadays but, DIY weapons are crucial amid a zombie apocalypse. The problem, in a game like Left 4 Dead, is that it’s blessed with this brilliant forward momentum, and scouring areas for crafting supplies and then trying to fit them altogether on some sort of workbench might not fit. It would be also be a pain for the rest of your team, as they wait for you to get yourself together. Whatever can be crafted, nothing should be too powerful: Left 4 Dead 3 should be about desperation, not empowerment (at least when you’re playing as one of the living). 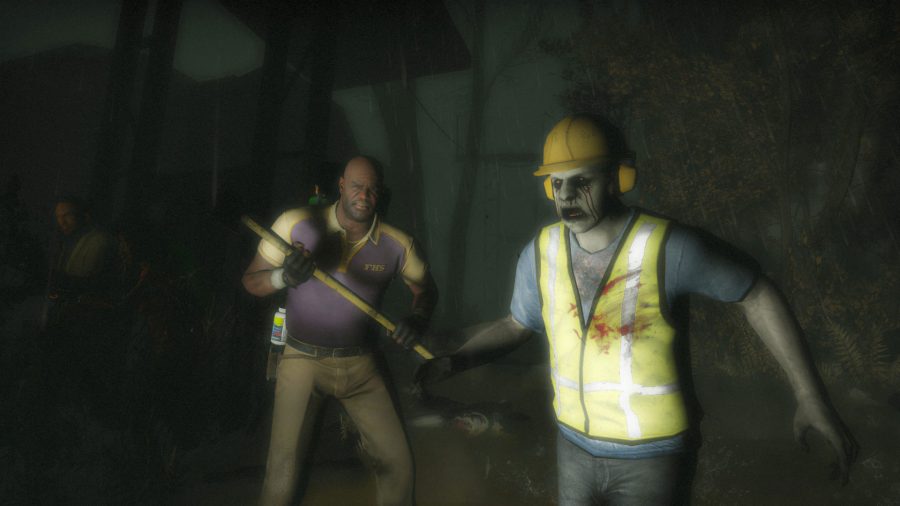 Games like Amnesia, SOMA, Outlast, and Alien Isolation show that sneaking and hiding can be just as compelling as slaying monsters, and often significantly more intense. It is vulnerability not gore, violence and cheap scares that make for the best horror experiences.

Left 4 Dead already has the basis for this with its noise system, where zombies are attracted to gunshots and car alarms, but a fully-fledged stealth system would be even more welcome. The goal of the survivors is not (always) to kill zombies, but rather to make it to the next safe room and simply keep on living – avoiding confrontation is thematically appropriate.

Alternate routes, crawling through vents, throwing enemies off the scent by creating distractions – adding these options into the series’ mechanical toolbelt would also offer new experiences every time you join a new group of survivors. The trick, of course, would be to do this in such a way that it doesn’t kill Left 4 Dead’s great pacing.

Co-op games can really benefit from player conflict, where friends can become rivals or even enemies. This has made for some of the most tense and emergent encounters in the likes of DayZ and The Division. Unfortunately, it only take one bad egg to ruin everyone’s fun, so adding such a dynamic to a team of survivors in Left 4 Dead might only be asking for trouble.

But what if there was a mode with more than one team of survivors? Some of the greatest moments of zombie fiction and gaming happen when two groups – exhausted, paranoid, trigger happy – collide. Do they work together and share supplies? Do they team up, becoming one big group, making it potentially easier to kill the rotting corpses that hunger for them? Or do they simply duke it out, attempting to steal the weapons and ammunition the others have gathered?

The potential for the unexpected is huge. Alliances born out of desperation, betrayals occurring at the worst possible moments, debates and arguments tearing groups apart as they decide what to do with these new survivors. What’s not to love? 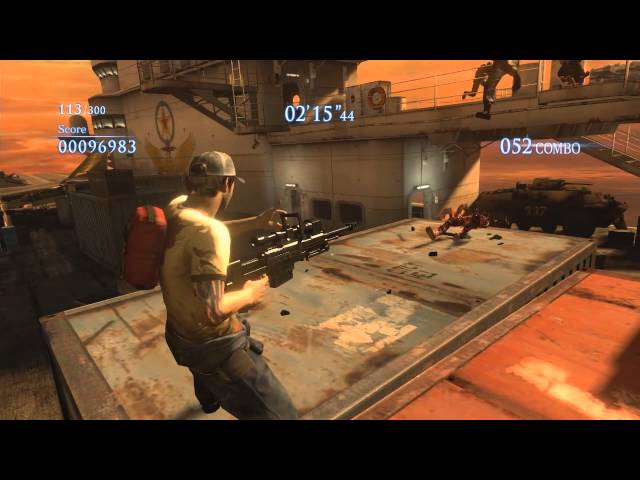 So there actually isn’t a Left 4 Dead 3 trailer since we’re still waiting for the game to be officially announced. But it would be remiss of us to leave you without any video goodness, so above you’ll find footage of a Resident Evil 6 X Left 4 Dead 2 crossover. We would say that the video could be give us an idea of what a new Left 4 Dead game could look like, but this is still from some years ago. If Left 4 Dead 3 was announced now, you can expect the blood and viscera on show to be much prettier, or as pretty as gore can be.

Ok, there really isn’t a whole lot of info on Left 4 Dead 3. But, if you simply cannot wait to pepper enough holes in the undead so that they resemble zombified swiss cheese, check out our video on the finest zombie titles on PC above.