Left 4 Dead 2 is coming up on its 11th birthday, which basically makes it… wait for it… a boomer in videogame years. That hasn’t stopped a team of community modders from putting together a massive new update for the game called The Last Stand. That update is out today, and the classic zombie game itself is free to play this weekend and heavily discounted if you still need a copy to own.

The Last Stand is a whole new campaign for Left 4 Dead 2, and it’s now officially integrated – you’ll have access to it the next time you fire up the game. There are 26 brand new survival maps, the new pitchfork and shovel melee weapons, new animations and previously unused voice lines for the survivors, enhancements made to PvP, and support across all game modes for single-player.

Plus, The Last Stand also brings back the infected from the original Left 4 Dead, adds new mutations called Rocketdude and Tank Run, gives everyone access to the secret Counter-Strike Source weapon set, and fixes tons of bugs and exploits. It’s a truly massive update. 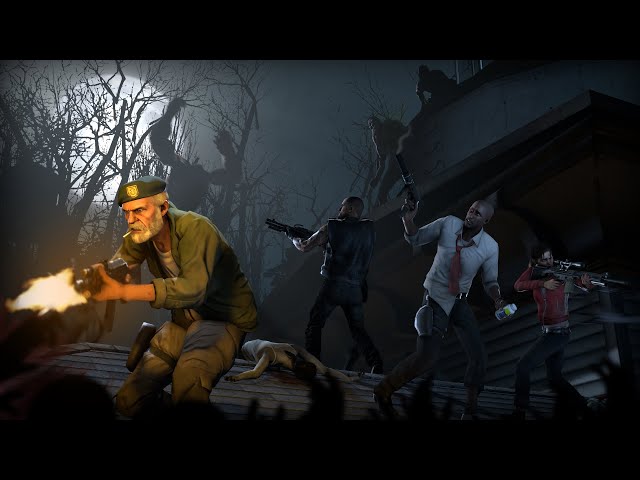 If you haven’t played Left 4 Dead 2, this is a perfect opportunity to try it out: the co-op game is free to play on Steam this weekend, up through Sunday. If you want to grab a copy for yourself (or a couple friends), Left 4 Dead 2 is also discounted 80% down to $1.99 USD / £1.43 until September 28.

There’s no time like the present to pull a crew together and experience one of the best multiplayer games made to date. Tell ’em Coach sent you.