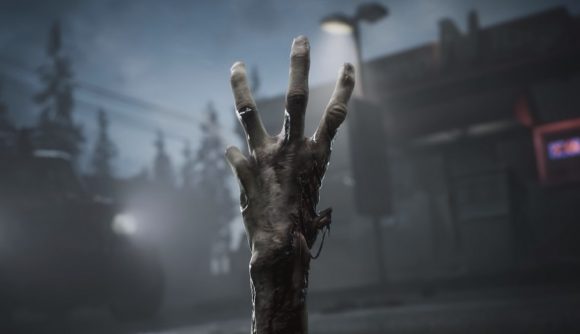 Today, a video under a mysterious title appeared from a recently established YouTube account went live. That video appears to be a trailer for Left 4 Dead 3, ending with the familiar four-fingered hand that’s served as the series trademark from the start. It’s a great-looking idea of what a new Left 4 Dead might look like, but all signs point to it being a fan-made creation.

The only thing we know is that the YouTube account that posted it is called ‘Clusterflu961,’ and that the account’s profile says the owner is located in Canada. The video is titled ‘20190611wVLACgXBSwO4eVv.021162_h264’ – there’s an apparent reference to a June 11 date, though it seems there’s little else to pull.

Regardless of who made the video, it looks fantastic. There are tonnes of terrific-looking environments, creepy gore, and proper Left 4 Dead references like familiar pill bottles and the safe room map. The hand at the end even pulls back a single finger to make a three, which is a fabulous bit of design.

We saw a bunch of screenshots from a cancelled version of L4D3 a few weeks ago, and as far as anyone outside of Valve knows, no version of that game has been in development since 2017.

But hey, if you want to believe – or just want to see a neat trailer – you can check out the video above.

The original creators of Left 4 Dead are now working on Back 4 Blood, a cheekily-named successor that looks to properly bring back the winning formula. Valve still hasn’t officially counted to three just yet.