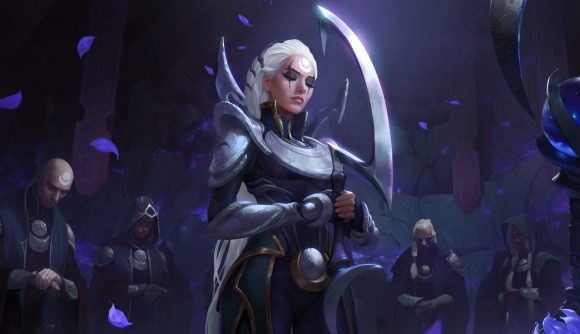 Good news, card games fans. Legends of Runeterra is in for another chunky expansion, ushering in a new region, hefty batch of new cards, new features, and other goodies to Riot Games’ CCG. The LoR expansion is titled ‘Call of the Mountain’ and you won’t have to wait to get your hands on it – it launches tomorrow, August 26.

Legends of Runeterra: Call of the Mountain explores a whole new region from the League of Legends universe: Targon, Riot Games announces in a press release. The MOBA game’s fans might be familiar with the locale, which is home to some of the best League of Legends Champions, like Diana, Leona, Taric, and Aurelion Sol. Speaking of which, the expansion adds seven new Champions, including those four from the region, along with Nocturne, Trundle, and Lulu, from the Shadow Isles, Freljord, and Ionia, respectively.

The pack adds 89 new cards, with 51 from Targon and 38 from the game’s existing areas, as well as six new keywords. Fury grants +1|+1 when you wipe out a unit, Spellshield negates the next enemy spell of skill that would impact you, and Daybreak gives you a bonus if it’s the first card you play in a given round.

Nightfall grants a bonus if it’s not the first card you play in a round, Behold offers a bonus depending on whether you have a particular card type in play, and Invoke lets you grab a Celestial card from a pool of three to create in hand. 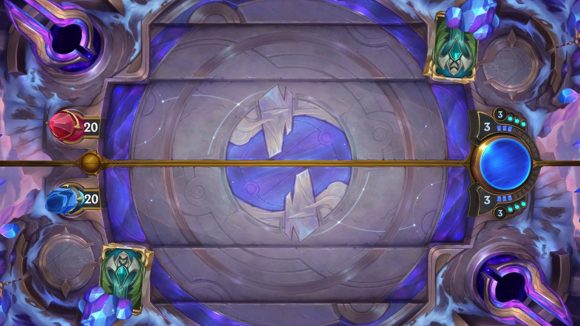 The Call of the Mountain expansion arrives tomorrow with a new region—Targon—as well as 89 collectible cards, 7 champions, and a variety of new features & content across the game.

Check out the patch notes for the full rundown 👇 https://t.co/2tDURd55cL pic.twitter.com/XoWsfb6Y0i

The expansion kicks off Legends of Runeterra’s “new bimonthly card release cadence” and it’s the first in a three-expansion series exploring Targon. It’ll be available to grab as of tomorrow, and will be followed by two new expansions in October and December.