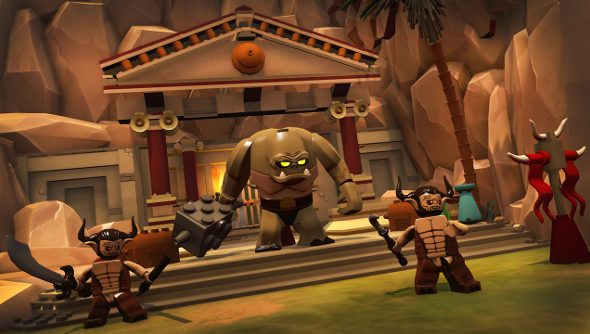 After its blood-soaked Hyborean MMO, Age of Conan, and its conspiracy-horror MMO, The Secret World, the last thing I imagined Funcom doing was a family-friendly Lego MMO. But it is. Rob played it and was charmed, but worried about the stripped down challenge.

Rob is not a child or, indeed, a family, but he reckons the game underestimates its audience. You might be able to find out if his words ring true come this June, when Lego Minifigures Online hits open beta. It does, however, sound like it’s not going to be a global beta. “Select markets” is what Funcom says.

“We are very pleased to have increased the company’s financial flexibility with funds that will be used in preparing for the launch of Lego Minifigures Online. We have several times expressed a need for additional equity and have considered different alternatives to secure this. This facility has been available to us since 2012, but the timing has not been right before”, says CEO of Funcom, Ole Schreiner.

This will be the second Lego MMO, though it’s not connected to the failed Lego Universe, which closed its doors just over a year after launch.