Want to unlock the scavenger abilities in Lego Star Wars: The Skywalker Saga? The latest entry in the Lego Star Wars series allows you to start from the beginning of each trilogy: the prequels, the originals, and the sequels. There aren’t too many Scavenger characters in Lego Star Wars, but you can always rely on Rey from the new movies if you need to add one to your arsenal of characters early on.

Once you unlock Rey’s scavenger abilities in Lego Star Wars: The Skywalker Saga, you can transfer these skills to any of your other Scavenger characters. There are plenty of hidden areas that you can explore in the original and prequel trilogies once you have these abilities, giving you access to secret collectibles and special characters.

If you’ve encountered an area where a Scavenger character is required to access a hidden area, you should tackle Episode VII first. Completing the scavenger tools tutorial with Rey unlocks the special abilities for all of your Scavenger characters. Here’s everything you need to unlock the scavengers abilities in Lego Star Wars: The Skywalker Saga.

The easiest way to unlock all three scavenger abilities is to start from Episode VII to play as Rey. Make your way through the game until you reach the Scrap for Scraps mission where you have to pick up enough scrap to trade with Unkar Plutt.

The first scavenger ability you unlock is the Net Launcher, allowing you to climb up inaccessible areas by firing a net at X blocks. You can build a Net Launcher by going up to the block with blueprints on top of them. Once you have access to the tool, equip the launcher and fire two nets towards the white X blocks. 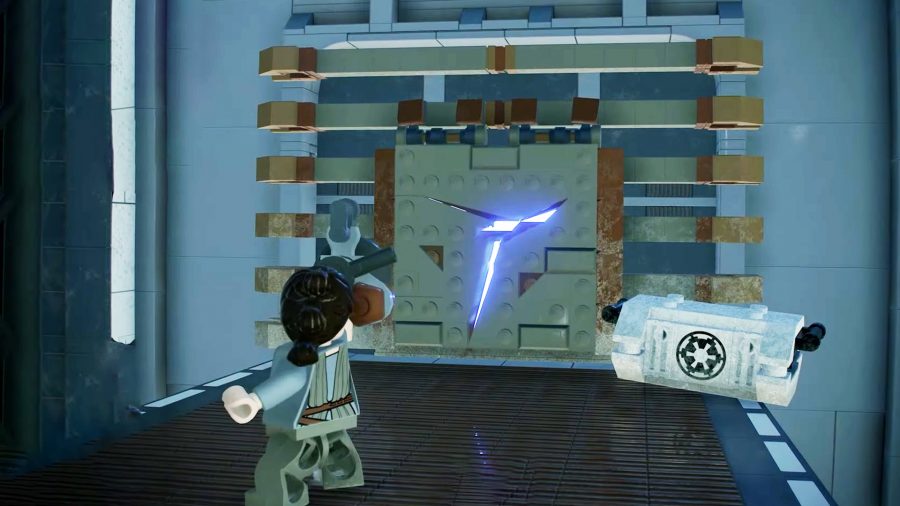 Take control of BB-8 and bounce on the trampoline to join Rey on the tall platforms. BB-8 can grapple to the platform above Rey, giving it access to a puzzle which causes a ladder to fall down. Switch back to Rey, climb the ladder and glide across to the platform directly ahead of you. Find the third and final blueprint to redeem the last scavenger ability: the Breaker Blaster. This gives Scavengers the ability to blast through breakable walls.

That’s all you need to unlock the scavenger abilities in Lego Star Wars: The Skywalker Saga. Want to play through the Lego Star Wars games like it’s 2005? Check out our guide on how to activate mumble mode to change the voice acting back to nonsense gibberish sounds. We also have a list of the best co-op games if you’re looking for more great local games to tackle after this one.