What’s better than 4K? Yeah, that’s right, 5K. It’s simple maths, five is bigger than four, and 11 million pixels is more than 8.3 million. That’s how many pixels the LG 34WK95U has got lurking inside that 34-inch ultrawide screen. In fact there’s more than that, because I’m actually rounding down to give 4K a chance.

This glorious LG screen actually has a larger native resolution than the 49-inch Samsung CRG90 behemoth Jacob has fallen in love with. And with a higher resolution coupled with a smaller panel, you’re looking at a mighty fine pixel pitch. How’d you like them Apple’s… Retina screens?

It’s HDR capable, with the VESA DisplayHDR 600 certification, has a Thunderbolt 3 connection, a 98% DCI-P3 colour range, and looks stunning on the desktop. What’s not to love? Well, it’s rather expensive, and if we’re being totally honest, this really isn’t a specific gaming screen. Basically, it’s running at 60Hz. But wait, before you click away in disgust, this is still a rather lovely monitor and might just suit you.

LG is one of the few panel manufacturers in the world and when it fires out a Nano IPS panel with this sort of resolution, and this level of pixel pitch, I just had to get a look at it. And in that area it doesn’t disappoint. The 5120 x 2160 resolution makes it a relatively standard 21:9 aspect ratio, and with some games struggling to stretch all the way to the Samsung’s 32:9 ratio that something to think about when you’re talking gaming.

Writ across this 34-inch panel that resolution makes games look stunning. So long as it’s rocking decent texture assets the broad scale of the LG panel really makes the most of the extra resolution. 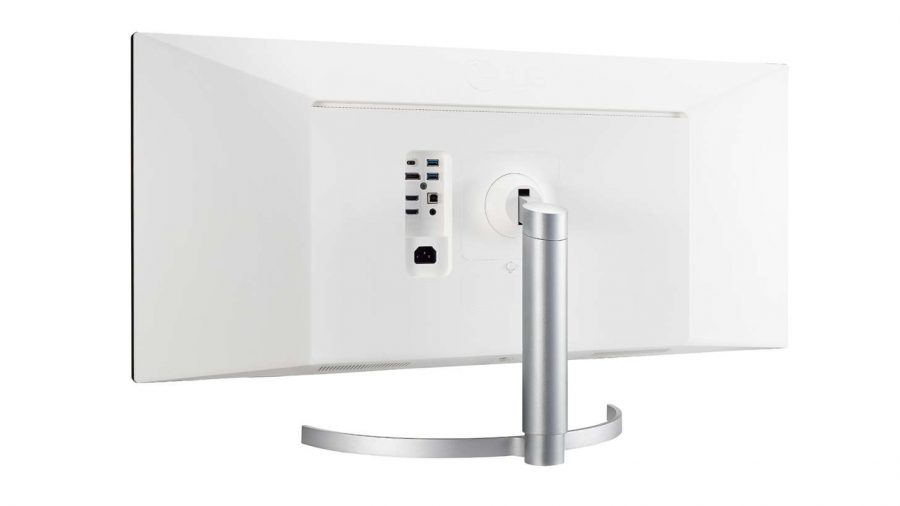 And the fact that it’s sporting an IPS panel, from the original manufacturers of the first IPS panels, means that you’re getting immaculate viewing angles. And that’s something of a necessity when you’re talking about an ultrawide monitor where you have to move your head to take in the extremities of the screen.

It’s a proper 10-bit panel too, supporting HDR10, and rocking that DisplayHDR 600 certification. That basically means it can peak at 600cd/m2 in terms of brightness, though honestly you’re more likely to be seeing a typical 450cd/m2, and that does put it in pretty standard PC monitor territory rather than stunning HDR TV-land.

The black mark on the specs sheet, gaming wise anyways, is the 60Hz refresh rate. That and the lack of any adaptive sync compatibility that would give our graphics cards a chance to sync up with the screen’s refresh cycle. So, no FreeSync or G-Sync compatibility here. And that is a real shame, as it’s become something so ingrained in gaming displays of today that when you flip back to a pro-screen that doesn’t feature it that can be quite jarring.

But that is what this LG screen is: a professional display. That extra 33% of screen real estate afforded by the 5120 x 2160 resolution is there so people can work on 4K content without having to crush it down when editing. That’s made abundantly clear by all the talk of MacBook compatibility via the power-giving, data-churning, image-flinging Thunderbolt 3 connection it houses. It might as well come with its own black polo neck jumper… 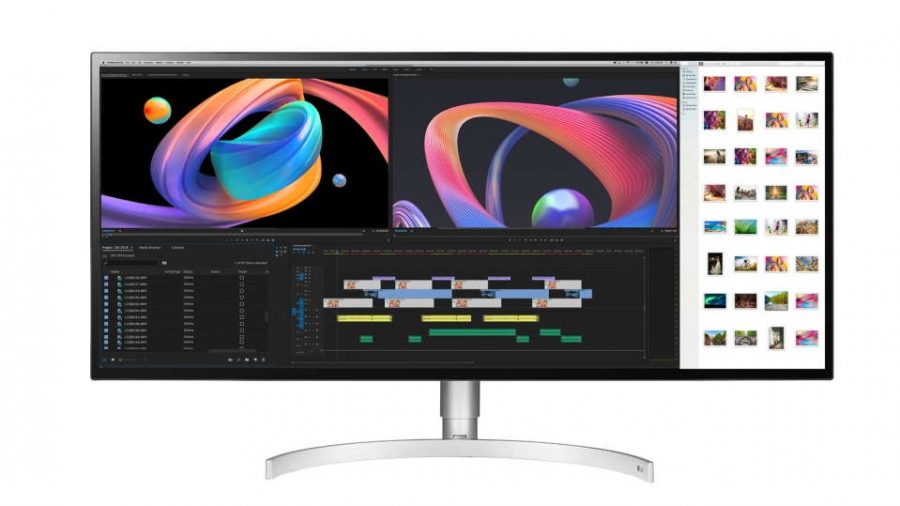 For all the glorious colour, and quality contrast performance the panel provides, that IPS tech does have its drawbacks. The black levels, for example, are typically weak. Most VA panels will generally offer better performance on that score than an IPS screen, but it’s still pretty lacking. But the poor white saturation is what’s really disappointing, leaving things just a touch washed out on the default settings.

For me, though, it’s all about that incredibly precise pixel pitch. It makes the LG 34WK95U one of the sharpest screens I’ve ever used, and in some games that makes it look absolutely glorious. Throw Total War: Three Kingdoms, or Civ VI up on it and it will look great, but try any sort of twitch shooter where speed is key, and things quickly start to be a bit of a struggle compared with a dedicated gaming screen.

But then, you can’t have everything. Or can you, there is always that Eve Project Spectrum monitor where the company is crowd-designing potentially the perfect screen… Right now, though, there probably isn’t such a thing. But in certain cases, the LG 34WK95U does come mighty close.

The sharpest, most detailed monitor I've ever used, and gets mighty close to being a stunning gaming display too. But the lack of a high refresh rate or frame synchronising options hold it back from gaming greatness.