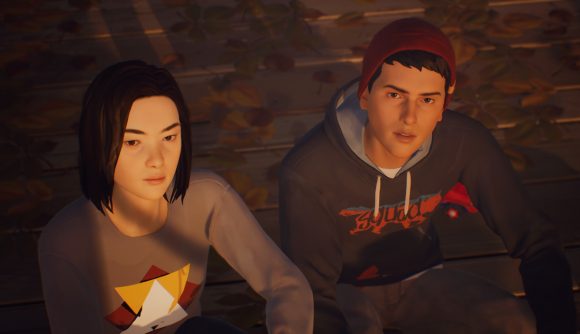 It looks like Life is Strange 2, Dontnod’s episodic follow-up to 2015’s Arcadia Bay-based adventure Life is Strange, is getting taken off digital storefronts in Australia on Wednesday – though only temporarily. The developer has announced that it’s working with the country’s Classification Board to review the game’s age ratings, though it says it should be back on the stores in around two weeks’ time.

Dontnod has made a statement on its Twitter channel (via PCGamer) announcing a “heads up for Australian digital store customers” – it says that LIS2 “will be unavailable to purchase on ALL platforms as well as re-download on PS4 for approximately 2 weeks from Wednesday onwards, while we work with the Australian age ratings board (ACB) to review age ratings.”

A second tweet continues, clarifying that “this situation is temporary and only affects Australian digital storefronts. We will restore service asap and will keep you updated with any developments. Already installed LiS2 content will not be removed from your device during this period and will still be playable.”

While the reason for the ratings review isn’t confirmed in the statement, it’s possible that it could potentially have something to do with the episodic nature of the title. Each subsequent instalment adds its own chunk of content to the game, and so possibly requires different age ratings each time not covered by that given to the base game. For example, Episode 3 shows characters engaging in the production of a drug (cannabis), which could have an effect on the game’s age ratings, though this is just speculation.

This situation is temporary and only affects Australian digital storefronts. We will restore service asap and will keep you updated with any developments. Already installed LiS2 content will not be removed from your device during this period and will still be playable.

Relevant examples include DayZ, which was previously refused an age classification in Australia because of its depiction of drug use (though this aspect has now been changed), and Kingdom Come Deliverance, whose rating got reviewed in Australia following a DLC release.

Life is Strange 2’s penultimate episode released last month, and its fifth and final episode is due to drop later this year.