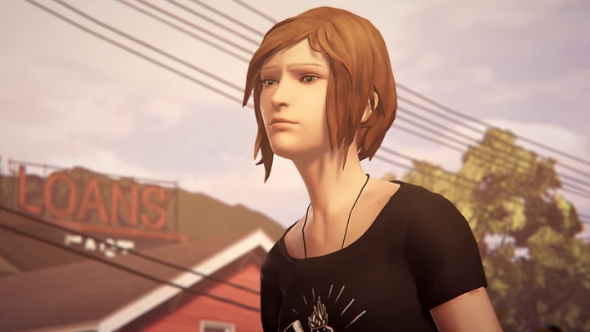 Square Enix have announced a partnership with British folk band Daughter for Life is Strange: Before the Storm, the upcoming prequel to the DontNod narrative game.

Peer into the future with our list of upcoming PC games.

If you played the original Life is Strange, you’ll know how important music is to the series, creating a wistful, dreamy atmosphere.

“Life is Strange is a game that evokes a lot of emotion in people and, alongside great storytelling and characterisation, it’s music that plays a huge role in this,” said Square Enix vice president for brand marketing Jon Brooke.

“It was really important for us to find a great collaboration for original music alongside our licensed tracks to capture the raw emotion of our game and Daughter fit that bill perfectly. Once we’d heard all the tracks for the game we really wanted the album to have a full release so our fans could enjoy them over and over. We’re really thankful and excited to be on the brink of a Life is Strange Daughter album release, we hope everyone enjoys the tracks as much as we expect.”

The game’s original musical score goes on general sale September 1, published by Glassnote Records. If you’re unfamiliar with the band, here’s one of their tracks:

It definitely fits the Life is Strange vibe, eh?

“We are so proud to have written the soundtrack for Life Is Strange: Before the Storm”, said Daughter lead singer Elena Tonra. “It was our first experience working on an original soundtrack, and are so honoured to have been given the opportunity to work with the team. We loved the story on first read as it centres around realistic female lead characters who are emotional, intelligent, sensitive and badass in equal measure. I think the characters themselves have really inspired the soundscapes we have created. It was a pleasure to be involved.”

The first of three episodes for the game releases on August 31. In Before the Storm, players take on the role of Chloe in her younger days. Those willing to buy the special edition will get a bonus episode where they play as Max.