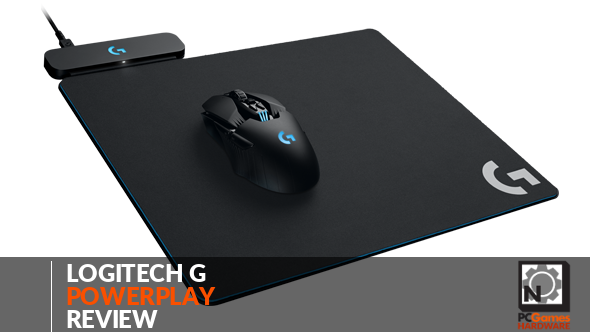 To complete the magic PC gaming combo you need one of the best gaming keyboards to pair up with your wireless mouse, but which one?

Looking like one of those utterly irrelevant RGB mousemats, the $100 (£110) PowerPlay Wireless Charging System is launching mid-August, and essentially ensures you never need to plug your wireless gaming rodent into your PC ever again.

Well, so long as you’re using one of the two compatible PowerPlay mice available right now. As luck would have it, however, they are two of the finest wireless mice money can buy. Which is a bit of a bonus, eh?

Click on jump links below to leap to the relevant section 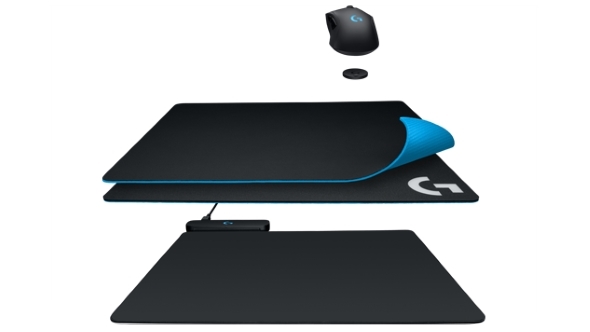 The PowerPlay system is made up of a USB-connected mousemat, which incorporates the Logitech Lightspeed wireless technology as well as the magical wireless energy charging system, and the little PowerCore puck that fits into the underside of the two compatible mice.

Alongside the basic rubber powermat you get a pair of different covers to sit on top of it to provide a proper gaming surface. One is a cloth mouse pad and the other is Logitech’s G440 low friction, hard polymer surface.

The PowerPlay trickle charging system uses a technique called electromagnetic resonance to create an energy field that sits above the surface. The little PowerCore module inside the wireless mouse then uses energy from this field to trickle charge the connected mouse’s battery. This field covers most of the mat, though not all of it, not that you’ll notice. The real magic of the system Logitech have created is that it can still charge your mouse even while you’re gaming. As long as your selected rodent remains less than 4mm above the PowerPlay base, it will continue to gobble juice down its power gullet.

And it’s definitely not using Qi charging. I was being briefed on PowerPlay by a Logitech rep in their back room at E3 when another journalist asked the ‘does it use Qi?’ question, to which the response was an exasperated ‘no, it doesn’t fucking use Qi fucking charging’.

The expletives were, of course, expressed silently, but I could still see them burning behind his hate-filled eyes as he had to answer the same question for the thousandth time that hour. 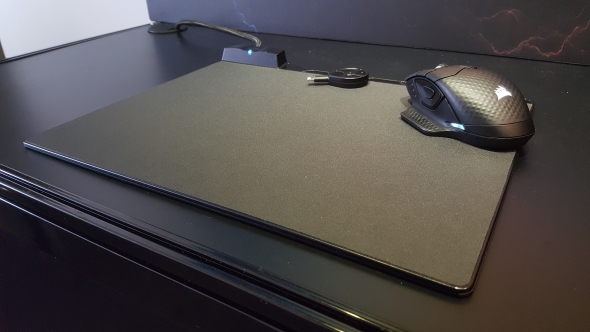 That’s because a week earlier Corsair had been showing off their prototype Concept Zeus mouse at the Computex show in Taipei, which definitely does use the Qi’s inductive wireless charging. It’s the same tech used in some mobile phones but relies on the device being stock still to charge.

The Concept Zeus setup does charge quicker than the Logitech PowerPlay system, delivering a greater charge per second, but you have to leave the mouse stationary and on a specific spot on the upper right-hand corner of the Concept Zeus mousemat. To me that kinda loses the benefit of being tether-free then, eh? 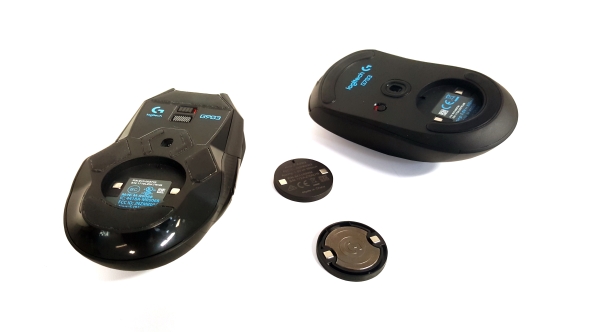 In terms of the mice PowerPlay is compatible with, it’s currently limited to the new G703 and G903 wireless mice. The former is a relatively basic wireless rodent, and is essentially exactly the same as the G403, while the more feature-rich G903 is almost identical to the awesome G900 Chaos Spectrum.

They’re both still rocking the excellent PixArt PMW3366 sensor, which makes them about as precise a pointer as you will find. All that really seems to have changed is the extra weight you can drop into these mice can now be replaced by the PowerCore puck instead. 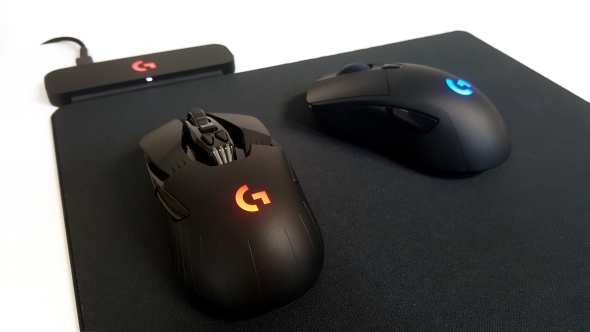 In a word, the performance is flawless. It’s been operating without any problem for me throughout testing and functioned straight out of the box. You may have some understandable early adopter reservations regarding getting on the wireless charging tip with this first iteration, but this is as solid as I’ve ever seen wireless tech, let alone cable-free energy transfers.

Using it with the G903 mouse makes for a great experience. I loved the original G900 anyway and, with the added bonus of wireless power charging, it’s only been improved with PowerPlay. You may point out that, with a battery capable of delivering a full 24 hours of wireless operation, running out of power isn’t that great a concern, but with PowerPlay it can literally be completely ignored.

With the PowerPlay base plugged into a charging USB port on your motherboard it will even trickle charge your mouse while your PC is turned off. It won’t take your battery to 100% charge, however, as to save energy and prolong the battery’s operational lifetime it cuts out around 95% charge and doesn’t start up again until it hits around 80%.

But you’ll never see that because you’ll have forgotten that the damn thing requires any supplied power at all.

Having the wireless I/O in the PowerPlay base is incredibly useful too, and means the entire system only requires a single USB cable to run both the charging and wireless connections too. And how effective is that LightSpeed wireless connection? Well, I can pretty much guarantee you would not notice the difference between gaming on the wireless system or when it’s plumbed directly into your PC.

Hell, we’re at the stage where even the esports pros are starting to use wireless mice.

I’m sold. Utterly, 100% sold. This makes the G903 and G703 the absolute best wireless gaming mice around. You will never have to even think about charging them up again, and that removes the final sticking point that’s kept wired mice hanging on. I can’t think of a single reason why you’d opt for a wired mouse over either of these, when paired up with the impressive PowerPlay system.

As ever, though, if you want the best, you gots to pay. And Logitech’s PowerPlay is most definitely that. So, if you have the money, the path to the best gaming mouse is obvious.