Looking for a guide to all the tile combinations in Loop Hero? If you’ve been playing the roguelike deckbuilding game for a couple of loops, you’ve probably noticed that placing down certain card combinations near each other can result in one of these cards transforming into something new – for better or for worse.

Loop Hero is all about carefully balancing your expeditions in order to maximise your loot, without compromising on your ability to take on more challenging foes as you progress to higher loops. There’s a large amount of theorycrafting and experimentation that goes into each run, but if you’d rather not figure these tile combos out for yourself and instead use a comprehensive list of all the Loop Hero combos in the game so far, we’re here to make your looping life a little easier.

We’ve listed every instance where tiles transform into a completely different tile, but there are other powerful combinations – like placing a Swamp, which turns all healing effects lethal, next to a Vampire Mansion. The Vampires’ blood-sucking ways will then damage them instead of healing them – serves ‘em right for chowing down on your precious neck.

These are all the Loop hero combos, and how to create them:

Generated by placing ten Forest and/or Thicket tiles down. It spawns a Wooden Warrior every two days.

Generated for every two Village tiles you place. The Bandit Camp spawns a Bandit every two days; there’s a chance they can steal your stuff, which is a real pain. However, Bandits can’t enter Count’s Lands. 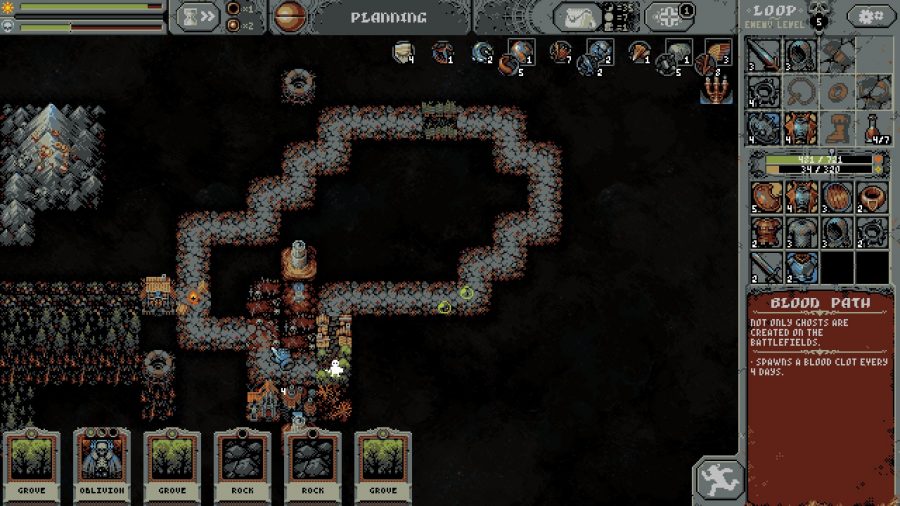 If two Battlefield or Shipwreck tiles are placed close to each other, any shared empty tiles become Blood Paths. They spawn a Blood Clot every four days.

Created by placing a Meadow next to a non-Meadow tile. When generated, they provide a Noticeable Charge. They heal you for three HP at the start of the day, as opposed to two HP from a standard Meadow.

Placing Forest or Thicket tiles in the path of Storm Temple tiles sets them on fire, creating a Burned Forest, which grants a 0.5% boost to the Hero’s magic damage. 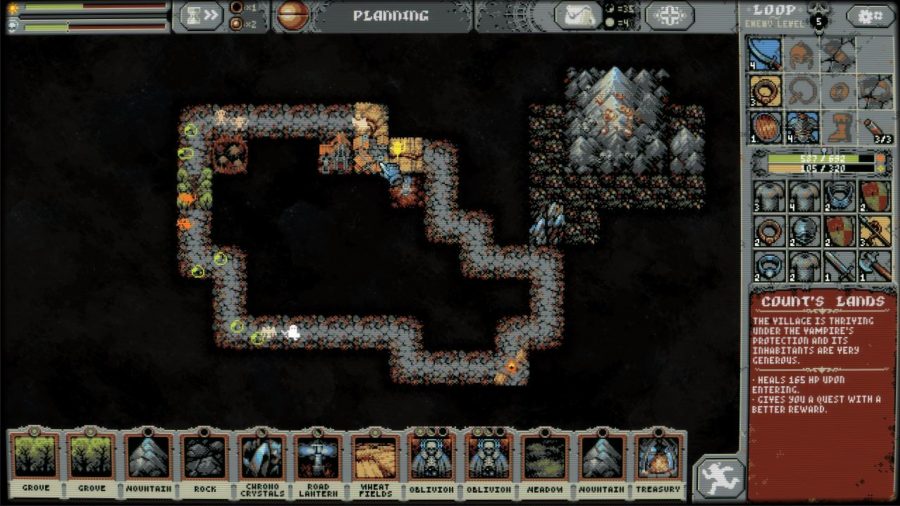 After three loops, a Ransacked Village becomes a Count’s Lands. This tile heals HP upon entering and gives you a better quest than a standard Village does.

Unsurprisingly, this is what you’re left with when you’ve surrounded a Treasury tile with other tiles and received its bounty. It spawns a Gargoyle every three days.

Generated by placing a Vampire Mansion next to a Village. Spawns up to four Ghouls per loop.  Transforms into a Count’s Lands after three loops; removing the Vampire Mansion won’t change it back once it’s transformed.

Created by placing a Swamp next to the Goblin Camp. It adds a Goblin Archer to battles on adjacent tiles. 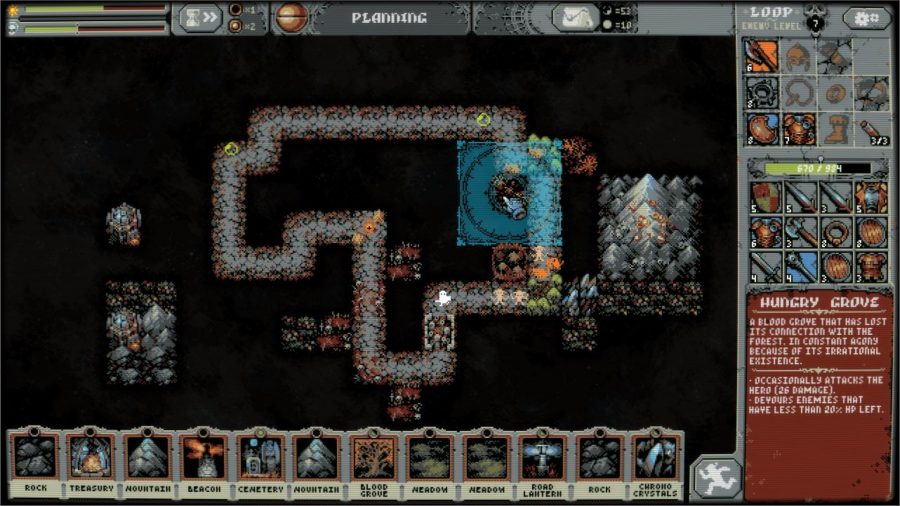 When a Blood Grove’s neighbouring Grove, Forest, or Thicket is destroyed, it transforms into a Hungry Grove. This tile will occasionally attack the Hero, but it kills enemies with less than 20% remaining HP.

Generated by placing Rock and/or Mountain tiles in a 3×3 grid. It grants extra HP and spawns a Harpy every two days. This can only occur once per map, but you can destroy one of the tiles with Oblivion and then replace it with another Rock or Mountain to gain the benefits of Mountain Peak for a second time.

Created by destroying a Village next to Wheat Fields, or placing Wheat Fields next to A Village? Spawns a Scarecrow every four days and creates Field of Blades on empty tiles during combat.

Generated by placing a River close to the road, which requires a Bridge. Spawns a Fishman every three days. 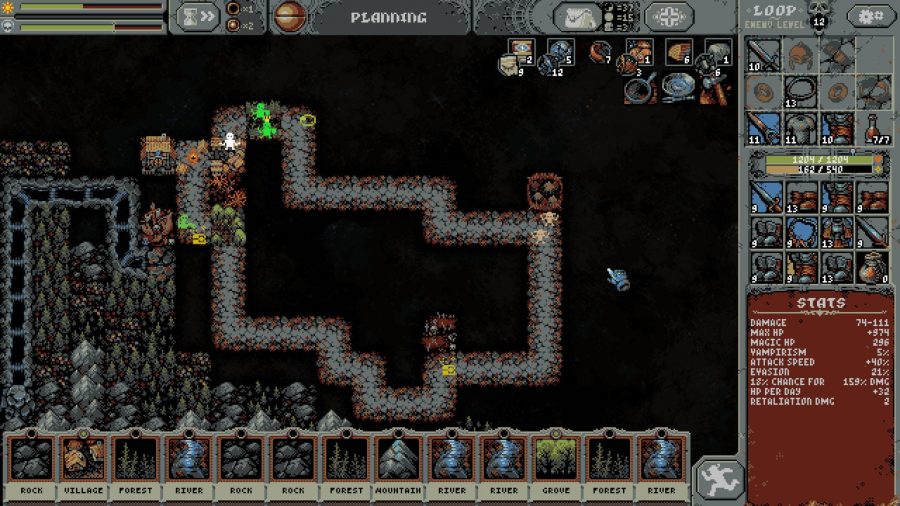 Created by placing a Battlefield next to a River; the Battlefield then becomes a Shipwreck. It spawns one chest and one Siren every loop, and has a chance to turn enemies killed on adjacent tiles into ghosts.

There you have it – all the Loop Hero tile combinations you can perform in the game so far. The camp can also benefit from arranging tiles in a certain way; placing five Suburb tiles next to each other creates a Town, which doubles the Suburb’s effects. If you’re hungry for more info, we’ve got lots more Loop Hero tips & tricks – and we’ve also figured out how to summon the Loop Hero secret boss, if you think you’re up to the challenge.