Are you ready to unlock Loop Hero’s secret boss fight? The secret bosses in Loop Hero are some of the hardest enemies in the entire game, but this fight is easily missed unless you follow specific steps. You can summon these enemies at any point in the game – some players have even reported accidentally stumbling into this fight, unsure of how they managed it.

While you can summon the boss portal at almost any time, it’s highly recommended that you hold off on attempting this fight until you are very comfortable with the game. Definitely check out our Loop Hero beginners guide to get a better understanding before tackling the hardest boss fight Loop Hero has to offer.

The enemies that appear in this secret boss fight are actually named after the developers, which might explain why this battle is so difficult. Compared to the final boss in the game, the effects on these enemies are ridiculously overpowered and scale depending on how long you’ve played the game. Here’s everything you need in order to summon Loop Hero’s secret boss.

You can create the portal to the bosses as early as chapter one, though you almost certainly will not be able to take these enemies down. The only requirement we’ve discovered is that you need to beat the boss in Act Two, otherwise the wisps will not appear.

Summoning Loop Hero’s secret boss requires you to have six unique overlapping blue aura tiles in one concentrated area. The best place for these tiles is in the u-bend in the loop, giving you plenty of room to connect the auras of each tile.

When these tiles are in place, blue wisps should begin to appear on one of the tiles. Strike the tile emitting the blue wisps with an Oblivion card to create a dimensional rift. Walking into the rift will trigger the boss fight – the four enemies are always the same, so you won’t need to worry about this battle changing suddenly.

Finding the perfect loop to prepare you with all the gear needed for this fight is tough, fortunately you have total control of when you attempt this battle. Knowing what the bosses are capable of before going into the fight will give you a big advantage. 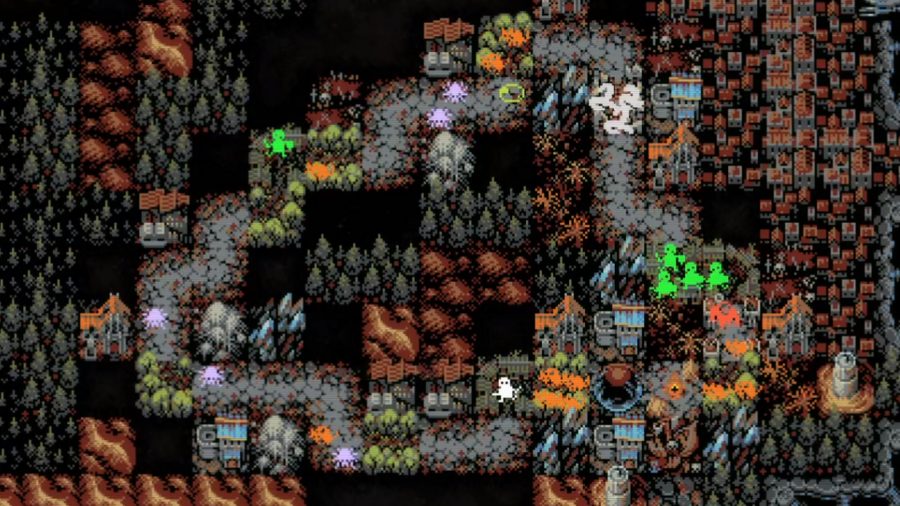 Here’s a breakdown of all four of the Loop hero bosses:

And that’s all there is to know about Loop Hero’s secret boss fight. Once you’ve beaten this boss, it’s safe to say you have fully completed the game. Congrats!