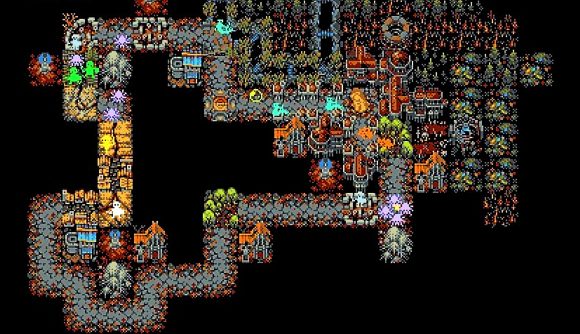 Loop Hero is an absolute delight – a genre-bending mashup of RPG games, strategy games, card games, roguelikes, and… idle games? It’s tough to describe in a single sentence, but its addictive, er, loop struck a chord with players thanks to a substantial demo, and it’s turning into a major indie breakout on Steam.

Just 24 hours after release, developer Four Quarters announced that Loop Hero had already pulled in over 150,000 players. It’s currently hovering at the number two spot on Steam’s top seller list, just behind the impossibly-popular Valheim. The game’s reached 38,764 concurrent players, as SteamDB shows, which puts it among the platform’s most popular games – right between the likes of Civ 6 and Path of Exile.

It’s easy to see why, too. Loop Hero has you placing both the monsters and rewards that await a little RPG hero who moves all on his own along a short loop. Each loop gets progressively more harrowing as you go, promising better treasures from more dangerous monsters the further you go – and you’re in control of the whole dungeon.

As Ian notes in our Loop Hero review, it’s a little bit like playing a dungeon master for yourself, and the game is perfectly paced to keep you strung along to the next goal. There’s nothing else quite like it, and it’s very much worth checking out.

Our team is overwhelmed by the response to Loop Hero and can't thank all our new community enough – over 150k players already!
Thanks you all so much! pic.twitter.com/iQqJzilPOZ

For more fabulous indie games, you can follow that link.