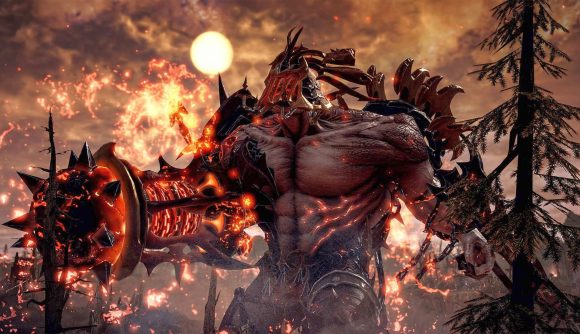 The Lost Ark release date is fast approaching. Ahead of the MMORPG’s arrival in western regions early next month, developer Smilegate RPG and publisher Amazon Games have unveiled a bunch of new features and changes coming with its live launch, which include three new regions to explore, which weren’t available during closed beta.

The first of these will take players to the Yorn region of Arkesia. Here, you’ll “find yourself headed underground to the home of the Umar race — a group of dwarven people that inhabit the depths below the seemingly barren land”, as the devs explain. The Umar people include artisans who are regarded for their craftwork, which is reflected in the intricate architecture found in the region. There’ll be new quests, bosses, Chaos dungeons, “and more” to find here. Details are light at the moment, but it sounds like there’ll be plenty to sink your teeth into.

The continent of Feiton, meanwhile, is somewhere you might find “a little bit… less than welcoming”, the devs tease. During a previous conflict called the Chain War, the lands were poisoned – something that continues to shape the landscape even now. The region is home to a half-human, half-demon people called the Delains, who are ruled under the “careful control” of a powerful organisation of assassins called the Avesta.

Finally, there’s Punika. This region is a “tropical and magical” place, with “much to explore and experience from nature’s beauty to the festivals put on by the inhabitants”. There’s a spot called Nia Village which is “vibrant and lively” and Starstand Beach is full of colourful sands. Sounds like a nice spot for a holiday, really.

You’ll need to watch out for Punika’s wildlife, though, as “something strange” appears to be happening with them. The devs don’t explain any more than that, so it’s a bit of a mystery exactly what this “something” is right now. They do say, however, that Punika is home to new quests and bosses, and its inclusion at launch means more late-game content will also be included when Lost Ark’s debut rolls around, including “limited T3 content”.

The team has been working hard to prepare for next month's launch!

“T3 gear will be available at launch, as well as a few core T3 dungeons to support proper progression including Oreha’s Well (Abyssal Dungeon), Chaos Dungeon Stage 3, and the Velganos Guardian Raid,” the Lost Ark team explains. Alongside this, the combat level cap has been dialled up to 60 for launch, while more late-game content will arrive some time after release “in order to set the pace for player progression, both in terms of new content and optimal difficulty”.

For the full rundown of what else is new and coming for the game’s arrival, head to Lost Ark’s January dev post at that link.