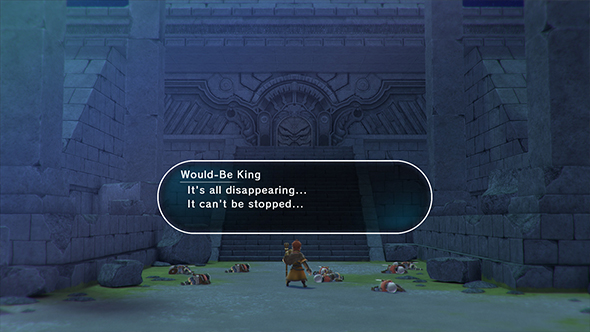 Last year’s I Am Setsuna was the first project from Tokyo RPG Factory, an aptly named Square Enix subsidiary dedicated to recapturing the feel of 16-bit RPGs like Chrono Trigger and Final Fantasi VI. It wasn’t quite the classic that its inspirations were, but it was successful enough for the studio to make a follow-up in the form of Lost Sphear.

Check out all the best RPGs on PC.

While those SNES titles are classics, they are console classics – so players deep into PC gaming might not have the same sort of nostalgia for them. Director Atsushi Hashimoto says that despite that, he’s confident that Lost Sphear will find an audience beyond the nostalgic one.

“There were players of I Am Setsuna that didn’t know of that 90s RPG genre,” Hashimoto tells us. “However, even those players said they felt a certain nostalgia. I think that’s because we were able to make them think ‘this is probably what the characters from an RPG at that time would have adventured like’, with I Am Setsuna. You don’t get these kind of games anymore, so we hope you can enjoy this game – that has plenty of imagination of ours in there.”

So while the comparisons to the classics are very much intentional, Lost Sphear is trying to take take that original gameplay and spin it out to make something other games don’t have. “It was a deliberate part of development to ensure players of 90s RPGs can play this with a sense of ease. However, we don’t want to make this a game solely about nostalgia,” says Hashimoto, citing features like the mech-like Vulcosuits and the memory system you use to piece the world and story together as examples of new features setting the game apart.

Even if it seems like there’s been a resurgence in throwback RPGs of late, Hashimoto suggests we don’t call it a comeback. “In Japan, RPGs have always been one of the popular genres, so I personally don’t feel like it ever ‘came back’ at all. It’s more that developers that played the 90s style RPGs are now making games themselves, and many indie titles are doing well, which could be one of the reasons for this rebirth of the recognition of the charm of RPGs.”

We got some hands-on time with Lost Sphear last month, and it proved to make a delightful first impression. We’ll see how the final game delivers on its ambitions when it releases January 23, 2018.