It’s been an entire year since we last wrote about Mad Max, though it doesn’t feel that way: like Alien, its premise and aesthetic has permeated gaming. Now that Borderlands: The Pre-Sequel has had its moment in the sun(s), however, it’s time for Avalanche’s 100% official, fully-licensed Australian post-apocalypse to hog the road.

Longtime Max Maniacs will notice that the car he drives here is not the iconic Interceptor; that’s stolen at the beginning of the game, and the rest largely concerns his quest to get it back.

Instead, Max takes to the sands in an armoured, upgradable pickup truck built and named the Magnum Opus by his mechanic, Chumbucket. 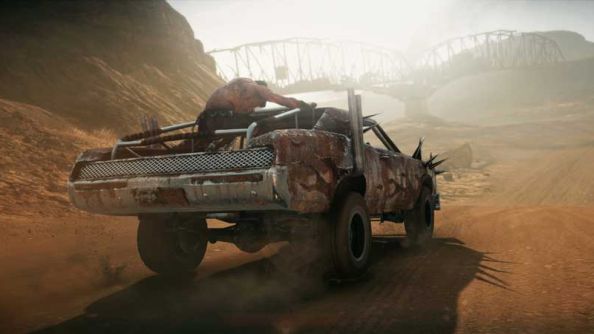 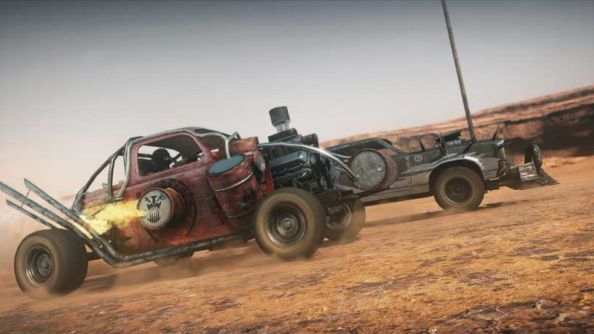 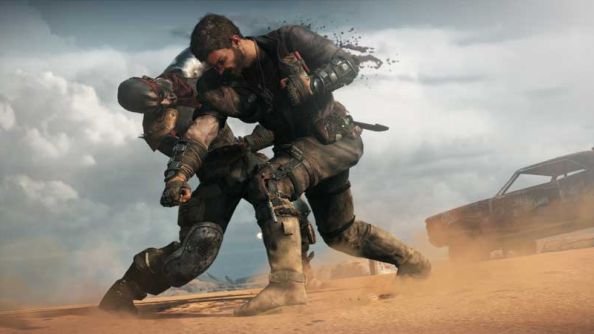 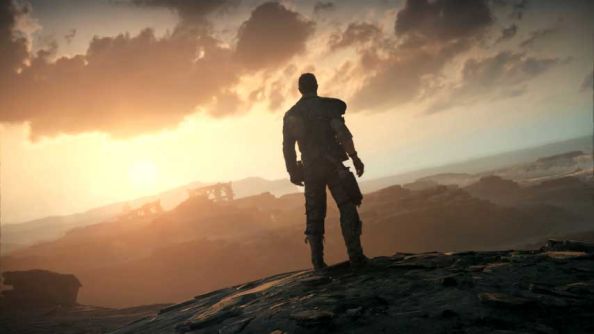 “It is literally visceral,” said Mathew Kumar of the combat in our Mad Max preview last year. “And it doesn’t get any less so when Max leaves the vehicle, choosing to attack his enemies with a ‘Thunderstick,’ a horrific electrified prod with gruesome results.

“But, of course, Max’s melee combat follows the Arkham Asylum template, so it’s rather unremarkable compared to the thrilling vehicle combat.”

Hmm! What’s most important to you in a Mad Max adaptation?